Politicians about the pietonnier: ‘of course there was a vision’ 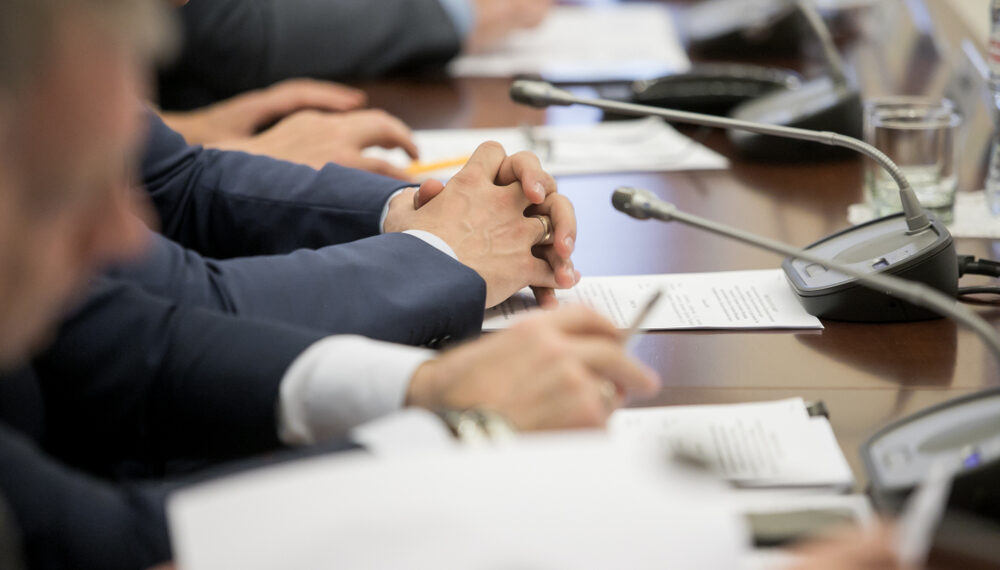 Brussels, (Brussels Morning)-  The politicians who chose the pedestrian zone or who are responsible for it today are especially proud of the fruit of their policies. “It is above all a success story, with an entire Brussels audience” says BRUZZ.

The first mayor who really put his weight behind the pedestrian zone was called YVAN MAYEUR (then PS). The piétonnier of the centre, the largest in Europe, that should have become his political legacy. The Samusocial affair made sure that things turned out differently.

This does not alter the fact that Mayeur is still proud of ‘his’ piétonnier, which he visits regularly. “The area is alive and has its public, the urban highway has become public space, with a succession of squares with their own identity. That is also the vision we had when we started this. To say that we were visionless like some experts are, I find condescending and incorrect.”

Mayeur is also pleased that large investors are finding their way to the pedestrian zone, such as the Muntcentrum (which will house a hotel, housing and offices), the Brouckère Tower (across the Muntcentrum) or the former Actiris seat (which will house, among other things, the delicatessen chain Eataly comes). “It shows the appeal of the pietonnier.”

At the same time, the ex-mayor sees that the current range of trade (with a lot of fast food, often also in the premium segment) is somewhat one-sided. “You now mainly see popular visitors and users on the Anspachlaan. It’s good that they exist, but by mixing the trade offer even more, you can attract other segments of the population as well. On the Brouckèreplein, for example, you can have a better brasserie with a terrace in the Continental building (with the Coca-Cola advertisement that has been extinguished, ed.)”

The same De Brouckèreplein finds the former PS member a sad sight today. “The City should have given the Continental Building a new meaning sooner. And you also see that the artwork I wanted to place there is missing. We even knew which work by Anish Kapoor it would be: two steel mirrors, that would have been formidable.”

The ex-politician, who is now a consultant, does not think there was too little participation. “The plans had been around for 20 years, there was a unanimous decision by the city council, which is rare, you know. And many people could have had their say. What else should you do then?”

Alderman for Urban Planning ANS PERSOONS (One.brussels/Vooruit) is also particularly satisfied with the pedestrian zone in 2022. “It is above all a success story, the zone works and you see a very diverse Brussels audience. It has not become primarily a zone for bobo’s, tourists or commuters, but for everyone. And if the wealthy public from Uccle, for example, does not come, then so be it.”

People can sometimes get annoyed by experts who look down on that diverse audience or the trade offer they use. “You sometimes feel a sense of superiority, but it can’t all be alternative organic stores.”

Get well soon for the Brouckère

The alderman admits that the de Brouckèreplein is looking rather bare today. “We have already added trees where possible. In the future there will be another work of art and we are mainly looking forward to the revival in the buildings around the square. Hotel Metropole will not remain empty, the new use of the Continental Building (which has the extinguished Coca-Cola sign on it, ed.) will make a big difference and the works on the part of UGC will also sometimes be completed.”

The main points of attention for Persoons are the problematic combination of steppers, cyclists and pedestrians and the safety situation at late hours.

The politician also points out that Fontainas Square will also be undergoing an artistic intervention. “There will be a listening artwork in which residents and users of the neighbourhood talk about how they experience their neighbourhood and how it has changed in recent years.”

Quite a few observers appreciate that the Anspachlaan has become car-free, but at the same time regret a lack of vision about the kind of city to which that piétonnier had to contribute. Mayor PHILIPPE CLOSE (PS) does not share this criticism.

“For us, this fits in with our basic vision of Brussels, which is the 10-minute city, where you can find all basic amenities on foot within that time frame. At the same time, this is about reclaiming public space from the car. You should not separate that piétonnier on the Anspachlaan from the evolution in the rest of the city. It will also become more car-free, such as in Sint-Katelijnestraat. Or think of the impact of the circulation plan, which will start this summer.”

Close points out that the centre is becoming increasingly attractive as a residential area (the number of inhabitants of the Pentagon has increased over the past 20 years from less than 40,000 to approximately 55,000, ed.). “The pedestrian zone contributes to this and has also glued that fault line that ran right through the city. A lot of people just didn’t cross the boulevard.”

The fact that the retail supply in the busiest part of the zone is dominated by fast food is not an immediate problem for Close. “A little further around Sint-Katelijne you have a different kind of restaurant and food on offer. You can’t just predict everything that happens when you change a part of the city. Sometimes there are surprises. This is also the case in the Zuidstraat, near the car-free Anspachlaan. That used to be the hotspot for stamp sales, today you see more and more record stores that sell vinyl.”

ELS AMPE (Open VLD) was alderman for Mobility and Public Works in the city council that opted for the pedestrian zone. She was mainly responsible for the mobility plan that was to ensure that the area remained accessible, also by car. Motorists were sent via a destination loop or mini-ring around the centre and would eventually also receive additional underground car parks. That was the theory after all, because the car parks never came. And the mini ring will also disappear this summer with the new circulation plan.

Ampe is still proud today that she helped realise the pedestrian zone. “It was an election promise from the majority, but nobody actually believed we would actually do it. Life in the centre has become much more pleasant since then, including for children.”

At the same time, the former ships see some points for improvement for the zone. For example, she shares the criticism that the previous city council had too little vision of where it wanted to go with the zone. “I’ve argued for that before, but haven’t really gotten a response.”

“It’s also nice to have a trading plan, but then you have to execute it. Was that the responsibility of my party colleague Marion Lemesre (MR)? Yes, but then the Property Management of the City must also agree. She has many commercial properties with which she can steer, but the direction was controlled by the PS.”

Ampe argues in favour of selling the properties of the Property Management Agency to private players. “They can then attract quality trade. Or does the City not completely hand over its levers to steer? I don’t think so, at least hardly any steering has been done in the past 7 years.”

According to Ampe, no additional parking spaces were eventually created due to a lack of interest from the private sector. “We felt that the Region did not want to give us that permit and so we left it. Instead, we decided to expand the car park under Brucity, on the site of Parking 58.”

Today, if the liberal politician looks at the pedestrian zone and the wider centre, she misses a strategy to attract non-Brussels residents to the centre as well. “And if you want the more wealthy visitors to come, you have to make sure that it goes smoothly by car. Or take the metro, for example from Groot-Bijgaarden.”

Ampe is therefore suspicious of the new circulation plan, which will take effect in mid-August. “I don’t think you should keep tinkering with that mobility. A city is like a house: at some point you have to live in it and make it attractive, instead of fiddling around.”