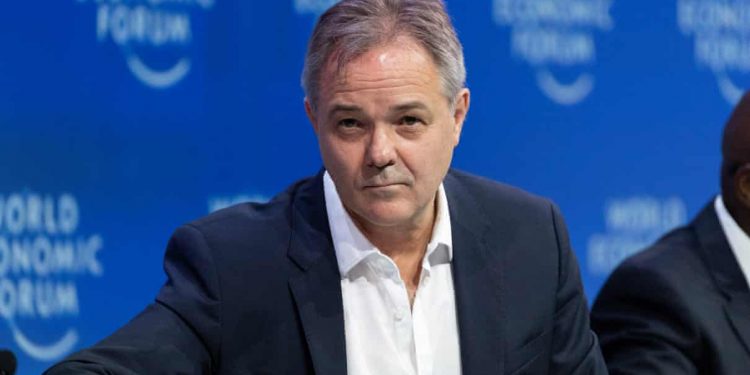 Vaccines will not be a silver bullet to end the Covid-19 pandemic and leaders must avoid creating false hope, a key government adviser has warned.

Sir Jeremy Farrar, director of the Wellcome Trust, writes in today’s Observer that the first vaccines are likely to be only partially effective. Raising expectations and rushing new drugs into production risks damaging public trust in any vaccination programmes that eventually arrive, he said.

Farrar, a member of the government’s Scientific Advisory Group for Emergencies (Sage), also takes aim at “vaccine nationalism”, saying supplies need to be allocated fairly rather than hoarded by richer nations.

Vaccines in the UK should go first to those who need them most, he says, and he calls for action to prevent the virus spreading to vulnerable people from young adults, who are testing positive for Covid-19 at an increasing rate.

“We are facing a chaotic stop-start winter for schools and businesses,” Farrar writes. “We have to do everything possible to avoid this. The first vaccine may not be a silver bullet that sends us back to normal in a matter of months, but by using doses wisely on people who most need them along with truthful, considered public health messaging that does not place false expectations, we will be in a strong position to avoid a repeat of early 2020.”

More than 170 research teams around the world are trying to find Covid-19 vaccines, and although nine have reached large-scale trials, there has never been any effective vaccine against a coronavirus before.

“I am optimistic we will soon see results from the first vaccines coming through late-stage clinical trials,” Farrar writes. “However, we must temper this optimism, talk of the perfect vaccine ‘just around the corner’, or that it can be given to everyone immediately.

“The speed and scale of vaccine development has been remarkable but it’s important to avoid false hope.”

Last month Kate Bingham, chair of the UK’s vaccine taskforce, announced they had secured access to six of the most promising candidates. Farrar praised the taskforce’s efforts but said the vaccines would not be perfect.

“The first generation of Covid-19 vaccines will likely only be partially effective,” he writes. “They may not be completely effective in all ages, or appropriate in all health systems. It’s very possible they may only provide immunity for a limited period, even as short as 12 to 18 months.”

The urgency of finding a vaccine “must not mean compromising safety”, he says.

“Trust is our most important tool in public health and we must do everything we can to avoid putting that in any doubt. It cannot be bought on short-term promises. Already there are worrying signs of diminishing trust in potential Covid-19 vaccines.”

The search for a vaccine is increasingly being described as a race, with global leaders using the research to embroider their own nationalistic ambitions. Vladimir Putin announced a Russian vaccine, Sputnik V, with great fanfare last month. Donald Trump has put pressure on US officials by claiming an American vaccine would probably be available in October.

The United States has opted out of the World Health Organisation’s Covax facility, through which 75 richer countries, including Britain, have pledged to help finance vaccines for 90 poorer countries.

Britain has set aside £250m to buy 340m vaccine doses – more per head of population than any other country.

“Only 20% to 30% of the UK population will require initial access to a vaccine,” Farrar writes. “The UK’s position can be much stronger through firm commitments to pooling surplus doses through Covax.”