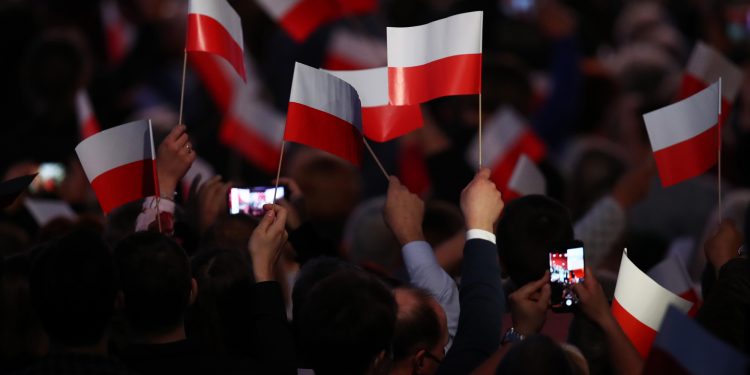 Brussels (Brussels Morning) The Polish Constitutional Tribunal has adjourned reaching a decision on the primacy of the Constitution over EU laws.

Earlier, the European Commission had pointed out that the dispute is holding up the release of EU funds to Poland, Reuters reported.

Besides the primacy of law controversy, friction between Poland and the EC is mounting over other unresolved issues such as freedom of the press and LGBT rights.

“Due to the emergence of new circumstances and new allegations and [in order] to be able to ask insightful questions… the Constitutional Tribunal adjourns until 30 September”, Julia Przyłębska, the head of the Tribunal, announced.

Poland’s Prime Minister Mateusz Morawiecki brought the case before the Tribunal as part of Warsaw’s dispute with the Commission, which had warned that changes to the Polish judicial system had undermined its independence.

The Polish government insisted that judicial reform was necessary to speed up legal processes and to remove communist-era influence from the system.

Jarosław Kaczyński, head of the ruling Law and Justice (PiS) party, has maintained that the EC’s insistence on primacy of EU law over national constitutions undermines the sovereignty and constitutional order of EU member states.

As part of the judicial dispute with the EC, Poland announced plans to dissolve the Disciplinary Chamber of the Supreme Court, whereas the Commission warned this would undermine the independence of the country’s courts.

The Polish government decided to dissolve the body after the EC threatened to impose financial penalties, but it did not specify when it would act to do so.

As for LGBT rights, the EC has objected to declarations by several local government units in Poland that describe themselves as “LGBT ideology-free” and is threatening to limit their access to EU funds. The local government entities in question have refused to scrap the declarations and Poland is awaiting the Commission’s response.

In addition, the European Court of Justice on Monday ordered Poland to pay a fine of 500,000 euro per day for failing to close the Turów coal mine, which Warsaw has insisted it will keep open regardless of the fine.