Police sources say Alexei Navalny was under surveillance in Siberia 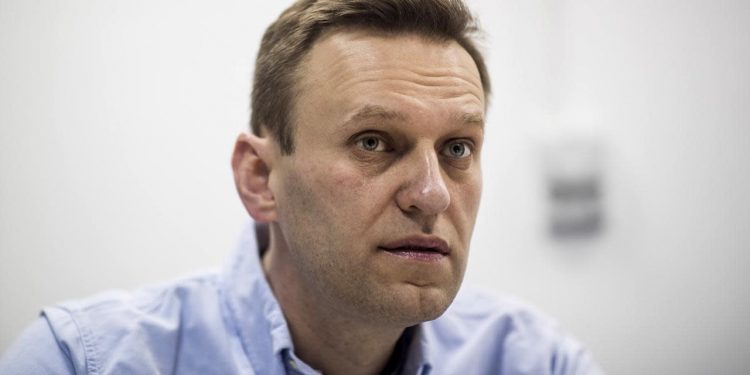 A Russian newspaper has alleged there was extensive government surveillance of the Kremlin critic Alexei Navalny during a trip to Siberia before he collapsed from a suspected poisoning on Thursday.

Navalny’s press secretary, Kira Yarmysh, had complained of being followed during the trip, calling the police surveillance “absolutely obvious” during a stopover in the city of Novosibirsk. The next leg in the city of Tomsk was “relatively calm”, she said, until Navalny fell ill during a return flight to Moscow on Thursday. He was transferred to Berlin’s Charité hospital on Saturday for treatment.

But in an article published by Moskovsky Komsomolets newspaper, police sources described following the politician’s movements and meetings in Tomsk, identifying the apartment where he was staying by tracking a sushi delivery to an associate, collecting his receipts from a local store, and even following him during a short trip out of town for an evening swim in the Tom river.

The leak to the paper was apparently made to show that Navalny was not poisoned in the city, but it revealed the degree to which his activity was scrutinised by law enforcement.

“The security services are inclined to believe that if the events connected to a poisoning did take place, then they probably occurred at the airport or in the plane,” the newspaper wrote. “His movements and contacts in the city were studied thoroughly.”

Responding to the piece, Yarmysh told the Guardian: “We were aware of the fact the we were followed. It happens all the time when Alexei goes to the regions on a business trip. So the detail doesn’t surprise us at all. “What is surprising is the fact that they decided to reveal it to the public so casually, like it isn’t a big deal to follow ordinary citizens and even claim their bills from the supermarket.”

Navalny, who fell into a coma after drinking what supporters suspect was poisoned tea, arrived at Berlin’s Tegel airport early on Saturday and was admitted to the Charité university hospital for preliminary tests and treatment.

Jaka Bizilj, an activist whose NGO Cinema for Peace organised the flight to Berlin, told reporters outside the hospital that Navalny’s condition was “very worrying”. The hospital said: “Extensive medical diagnostics are currently in progress. The examinations will take some time.”

The flight followed a 12-hour standoff at a hospital in the Siberian city of Omsk as doctors refused to release Navalny for a transfer abroad, saying he was too ill to move.

Navalny’s supporters have accused the Omsk hospital of endangering his life by delaying his transport and claimed doctors were under government pressure to cover up any evidence of an attack. Officials in Omsk said on Saturday that tests did not show he had been poisoned.

Navalny’s release came only after his wife, Yulia, directly petitioned Vladimir Putin to allow him to be transported to Germany, and after Angela Merkel and Emmanuel Macron voiced concerns about Navalny’s health.

Yarmysh said: “The fight for Alexei’s life and health is only beginning and much has to be done, but at least now we’ve made the first step.”

A photograph published by Yarmysh appeared to show Navalny being loaded into the air ambulance in an isolation pod. Ellen Cathrine Andersen, the CEO of Epiguard, the manufacturer, said the pods “protect the healthcare professionals or the air crew from infectious patients or, in this case, those with suspicion of poisoning”.

On Friday the director of Navalny’s Anti-Corruption Foundation, Ivan Zhdanov, said a police official had told him they had found a “deadly substance”, but refused to divulge which one, citing the ongoing investigation.

“This substance presents a risk to the life of not just Alexei but those around him too,” Zhdanov claimed the police official had said. “Everyone around him should be wearing protective equipment.” Doctors later denied they had found any toxic chemicals.

The Berlin hospital previously treated another Russian dissident, Pyotr Verzilov, for a suspected poisoning in 2018. In an interview, Verzilov told the Guardian that Navalny’s symptoms appeared to be “quite similar to my own”, including sudden sweating, a loss of coordination and eventual loss of consciousness.

Navalny fell ill on Thursday after boarding a flight in Tomsk, where he had been meeting activists and volunteers before local elections next month. Shortly after takeoff, Yarmysh said, he began sweating, had difficulty concentrating, and then lost consciousness.

“He started feeling really sick. They struggled to bring him round and he was screaming,” said Pavel Lebedev, another passenger. He posted a video showing medical staff rushing to the back of the plane as a male passenger howled in pain.