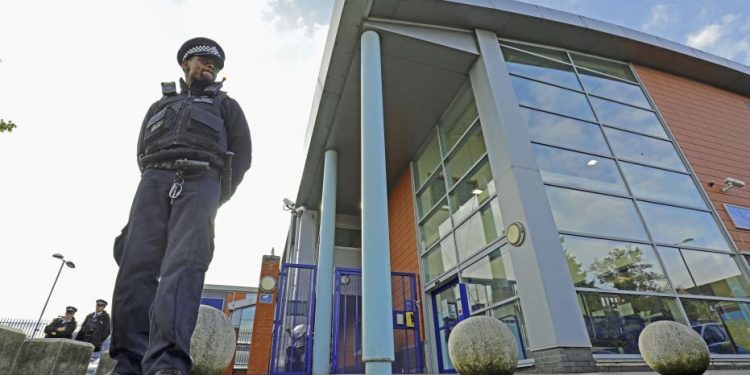 A police officer has been killed during the search of a detainee at a custody centre in South London at 2:15 am Friday.

After shooting the male sergeant, the perpetrator reportedly shot himself at the Croydon police HQ, although London’s police chief said this “has not yet of course been established as a fact”.

According to Scotland Yard, the police officer, whose name has not been reported, was treated at the scene, but he died later in hospital. He was believed to have been several years short of retiring.

A 23-year-old man is also allegedly in critical condition after experiencing gunshot wounds.

The London Metropolitan Police Commissioner Cressida Dick said they were all “deeply shocked and very sad”.

“I have visited and spoken to our officer’s partner together with other colleagues and we are of course, giving her the best support we can,” she said. “My heartfelt condolences go to her, to their family, to his colleagues and his close friends”.

The Met chief added, “A murder investigation is underway, and officers are working at several crime scenes to secure evidence and establish the facts of what happened”.

Prime Minister Boris Johnson said, “We owe a huge debt to those who risk their own lives to keep us safe”.

He also posted a message on social media saying:

“My deepest condolences go to the family, friends and colleagues of the police officer who was killed in Croydon last night”.

The suspect is understood to have been detained for possession of ammunition and has been arrested on suspicion of murder.

No firearms were reportedly discharged by police during the incident, according to the Met.

Questions were put to the Leroy Logan, a former Met superintendent, about how someone could enter the building while armed.

“It depends if that person was arrested outside the police station and has been transported in a vehicle”, he said as reported by the Guardian. “There are circumstances where someone might turn up at the custody suite area itself and be led straight through”.