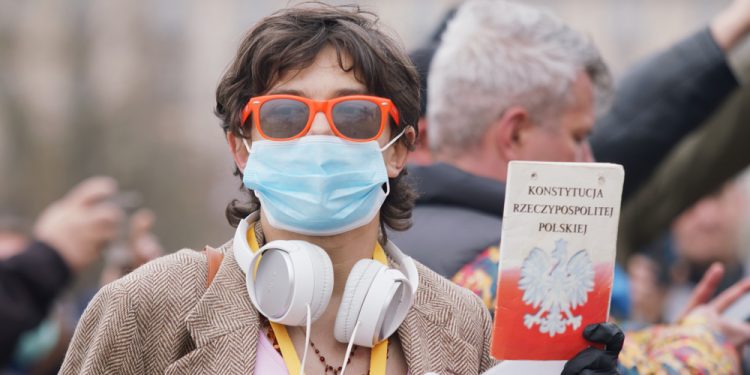 The deal limits the EU’s use of new financial sanctions, Kaczyński notes, which protects Poland from potential retaliatory measures by the bloc in relation to its adherence to rule of law observance.

The move protects Poland’s national interests as it unlocks the 2021-2027 EU budget and recovery fund worth 1.82 trillion euro, with Kaczyński stressing the country needs access to the money if it is to recover quickly from the coronavirus crisis.

Reaching the deal secures Poland’s sovereignty, its budget and its position in the EU, Kaczyński notes.

According to the deal struck at last week’s EU summit, the bloc is to draw up precise rules for the use of the governance clause, which can deny access to EU funds over non-adherence to the bloc’s democratic standards. In addition, the European Court of Justice is to scrutinize these rules.

Poland and Hungary have been at loggerheads with the EU over the governance clause, which the bloc bundled with the long-term budget and coronavirus recovery plan, with the two EU member states vetoing the bundle. The deadlock was resolved on Thursday last as the two countries accepted the proposed clarification.

Konrad Szymański, Poland’s Minister of European Affairs, notes the clarification serves to prevent arbitrary and political use of the governance clause as leverage against an EU member state. This ensures that the EU Commission uses the mechanism “only and solely in the case of justified, proven, actual damages to the EU budget,” he says, vindication that Poland had no choice but to fight for clearer rules.

The Polish government has been at odds with the EU over domestic legislation deemed by the Commission to have undercut the independence of the judiciary and the media dating back to 2015, when Kaczyński’s Law and Justice party came to power.

Similarly, Hungary has been facing criticism for its erosion of EU-standard democratic values.  Both Poland and Hungary objected which is why the two initially opposed the introduction of the governance clause.