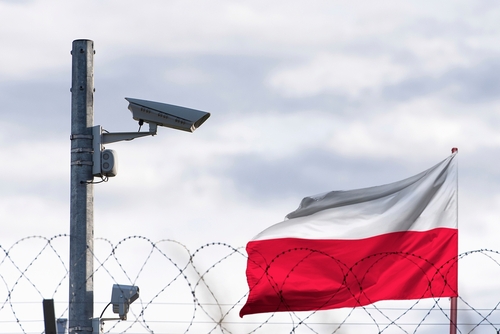 Brussels (Brussels Morning) Mateusz Morawiecki, Prime Minister of Poland, warned on Sunday that the migrant crisis on the border with Belarus could escalate to “something much worse.”

The Polish Border Guard maintains that Belarus is still pushing migrants to the border, escalating the migrant crisis, Reuters reports.

The EU accuses Belarus of flying in Middle Easterners and pushing them across the bloc’s borders illegally in retaliation for EU sanctions.

Belarus rejects the accusations and cleared a migrant camp last week while it also started to repatriate some migrants from Iraq.

In the last few days, EU member states Poland and Lithuania have reported a decline in the number of attempted illegal border crossings.

PM Morawiecki, meanwhile, toured Estonia, Latvia and Lithuania on Sunday to discuss the crisis, stressing that it was not over and warning that it could escalate. Speaking in Lithuania’s capital Vilnius, he cautioned that “the things that unfold before our eyes, these dramatic events, may only be a prelude to something much worse.”

Morawiecki pointed out that Russia is strengthening its military presence in Belarus and near Ukraine, Poland and Lithuania, a move he said that “could be used directly for a direct attack.”

He also warned that the situation in Afghanistan following the takeover by the Taliban “may be used as the next stage of the migration crisis.”

After meeting with Morawiecki, Lithuania’s Prime Minister Ingrida Šimonytė stated that “for us, it is very important that any talks [with Belarus] are coordinated with Lithuania, Poland and Latvia, which are at the forefront of the hybrid attack, and no decisions are taken which do not solve the situation fundamentally.”

On Saturday, ten or so migrants from Iraq described to the Lithuanian portal Delfi how they had been forcibly ferried to the border in military trucks by Belarus forces, who, they claimed, had disregarded their wish to return to Iraq.