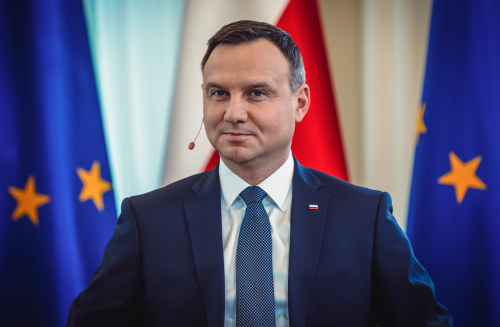 Belgium, (Brussels Morning Newspaper) Poland’s President Andrzej Duda has proposed legislation to dissolve the Disciplinary Chamber of the Supreme Court and end the nation’s dispute with the EC.

However, the Ministry of Justice and judges have criticised the proposal, arguing that it would not address European Commission’s objections, according to Reuters reported on Thursday.

Last October, the European Court of Justice (ECJ) ruled that Poland has to pay a daily fine of 1 million euro until such time as it dissolves the chamber.

Under the proposed bill, the Disciplinary Chamber would be dissolved and its members would move to other chambers of the court or retire, Duda said. A new panel of 11 Supreme Court judges would hear disciplinary cases.

He described the bill as a tool to end the dispute with the EC and unblock Poland’s national recovery and resilience funds. The lower house of the parliament is to discuss the draft in the coming period.

Marcin Warchoł, the Deputy Justice Minister, said he didn’t believe the draft would “solve anything”, maintaining that it “won’t meet the illegal requirements, demands, and blackmail of the EU.”

He noted that “the essence of this bill is that they will all stay in the Supreme Court.”

After the government implemented judicial reforms, the parliament appointed most members of the National Council of the Judiciary, whereas previously they had been chosen by judges.

Critics of the move warn that the body has been politicised to the point where it has disciplined some judges for being outspoken critics of the government. The latter rejects the accusations.

Laurent Pech, professor of European law at Middlesex University, dismissed the proposal as a “fake compliance trick”, saying that members of the chamber would be moved to other chambers and that the controversial chamber would be set up again, just under a new name.

Yesterday, the European Court of Human Rights noted there was a “systemic dysfunction” in Poland’s judicial appointments procedure, citing its ruling that a company had been denied a proper hearing because of the manner in which judges were appointed to the Supreme Court.