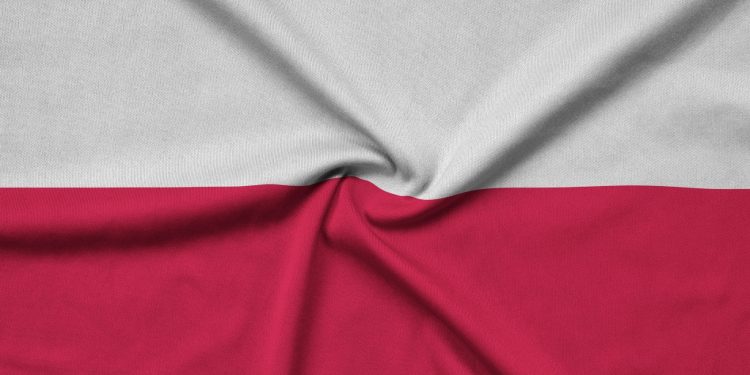 Poland flag is depicted on a sports cloth fabric with many folds. Sport team waving banner

The European Commission gave Poland until 16 August to dissolve the Disciplinary Chamber, stressing that the country’s disciplinary system for judges is not in line with EU rules, Reuters reported.

The EC previously warned that the Disciplinary Chamber undermines the concept of separation of powers and allows politicians to exert control over the judiciary.

Friction between EC and PiS

In addition to the separation of powers, the Commission has clashed with PiS over issues ranging from media independence and migration to the rights of women and homosexuals.

“We will dissolve the Disciplinary Chamber as it currently operates and in this way the subject of the dispute will disappear”, Kaczyński declared.

Laurent Pech, Professor of European Law at Middlesex University, cautioned that “the mere dissolution of the Disciplinary Chamber doesn’t solve the problem of past, unlawful decision and sanctions adopted by this body”.

Pech maintained that in order to comply with EU law, the remedy is simple –“they have to undo everything they have done for the past five years, there is no other way”. This includes the reform of the Constitutional Tribunal, which, later this month, is scheduled to rule on whether the Polish Constitution has primacy over EU rules.

The ruling coalition headed by PiS is not in agreement as to how to proceed. Coalition partner United Poland, the party headed by Justice Minister Zbigniew Ziobro, who drew up the controversial reforms in question, has adopted an uncompromising stance.

Kaczyński has announced that the government would present its proposals to reform the Disciplinary Chamber next month. Commenting on the European Court of Justice (ECJ) ruling, he made his own views clear. “I do not recognise these kinds of rulings as they clearly go beyond the Treaties and extend the jurisdiction of the EU courts”.