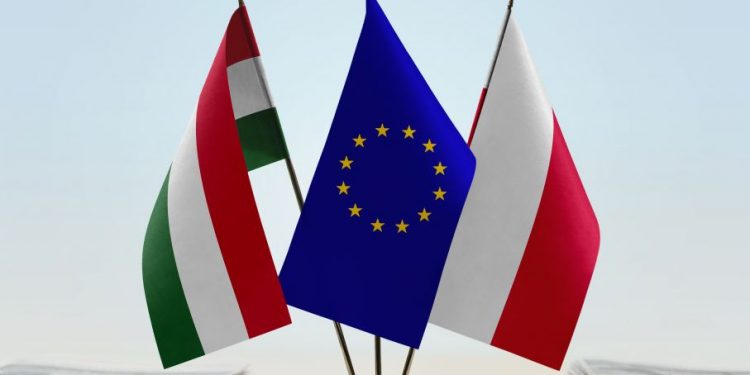 Brussels (Brussels Morning) The Prime Minister of Poland Mateusz Morawiecki has warned EU institutions he would veto the 2021-2027 EU budget if the bloc ties access to EU funds to upholding EU’s governance standards. In doing so, he has joined Hungary in the protest against the move, Reuters reported Thursday.

In a letter sent to EU Commission President Ursula von der Leyen, EU Council President Charles Michel and the German EU presidency, Morawiecki stressed that Poland cannot accept the move since it is based on politically motivated and arbitrary criteria. The EU Commission acknowledged receiving the letter and confirmed its contents.

Morawiecki warned that accepting the governance clause would mean agreeing to double standards in the treatment of EU member states. EU leaders, he said, had not agreed to the move in July. “Poland cannot accept this version of the mechanism which would lead to the primacy of political and arbitrary criteria over a substantive assessment.”

If the mechanism is adopted, Poland and Hungary stand to lose access to EU funds since both countries are under investigation for undercutting the independence of their media, their judiciary and NGOs. The EU Parliament insists on the mechanism being adopted, as do some northern EU countries. The Netherlands, for example, wanted even stricter regulations.

However, each EU member state has the authority to veto any long-term budget item proposed for the bloc’s consideration and by so doing can prevent all counterparts from accessing EU funds. The bloc is expected to vote on the proposed mechanism next week, which can be adopted by a super majority. However, when the long-term budget and the enabling law are voted on in the coming weeks, there must be unanimity in order for them to be passed.

On Friday, Hungarian Prime Minister Viktor Orbán said he believed that linking access to EU funds with adherence to EU governance standards would make the EU comparable to the former Soviet Union. He described the mechanism as “blackmail on an ideological basis without objective criteria.”

Orbán noted that he spoke to Germany’s Chancellor Angela Merkel on Thursday, pointing out that Hungary has no way of blocking the proposal since it only requires a two-thirds majority but he did insist that passing the proposal would turn the EU into the Soviet Union. This is not what we wanted, he stressed, we did not create the EU to have a second Soviet Union.