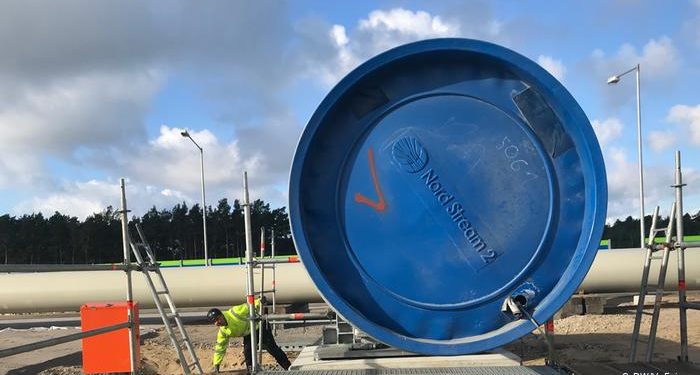 Poland has fined Russian Gazprom some US$ 7.6 billion for building the Nord Stream 2 gas pipeline without approval, Reuters reported yesterday, Wednesday. Gazprom has announced an appeal.

Poland’s Office of Competition and Consumer Protection (UOKiK) announced that it had imposed fines totalling some US$ 61 million on five other companies involved in the Nord Stream 2 project. The oil pipeline project has raised concerns about Russian dominance of the European energy market, attracting US sanctions. It is led by Gazprom, which is 50% funded by German Uniper and Wintershall, Anglo-Dutch Shell, Austrian OMV and French Engie.

The UOKiK pointed out that the companies must terminate the agreement for financing the oil pipeline project, adding that it had issued the heaviest fines to OMV and Engie. UOKiK head Tomasz Chróstny warned that completion of Nord Stream 2 would threaten continuity of gas supply to Poland and likely lead to price hikes that would be borne by Polish citizens. Completion of the project would increase economic dependence on Russian gas in Poland as well as in other EU member states, he added.

Gazprom insisted it had not violated Polish anti-monopoly regulations and claimed that the unprecedented fine showed that the watchdog body wants to shut down the Nord Stream 2 project by any means.

The pipeline project is worth some US$ 11 billion and, once completed, would double Russia’s gas export capacity through the Baltic Sea. Construction of the 1,230-kilometre-long pipeline is largely completed, with some 120 kilometres in Danish waters to go. Construction was halted in December last year when the companies providing vessels for pipe laying came under US sanctions.

Gazprom announced plans to complete the Nord Stream 2 as soon as possible, Reuters reported on Tuesday.