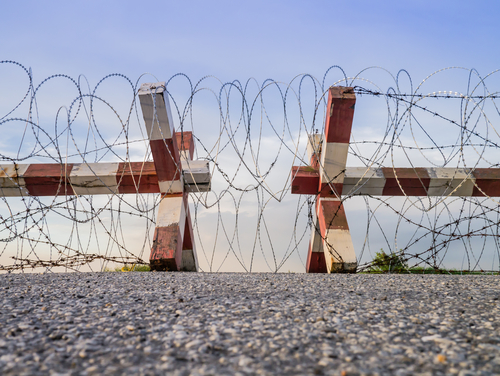 The activists described their act as protest against Polish authorities and what they see as “inhumane treatment” of migrants who are trying to enter the country, according to Associated Press reporting on Sunday.

Mariusz Kamiński, Polish Minister of the Interior and Administration, expressed belief that the activists’ actions were “absolutely unacceptable” and added that they “will bear all the legal consequences of their actions.”

The 13 detained activists include 12 Polish citizens and one Dutch citizen, according to Polish media.

Poland is one of the eastern EU member states that border Belarus and have seen a surge of illegal border crossings in recent weeks.

Poland has accused Belarusian President Alexander Lukashenko of pushing migrants from Afghanistan, Iraq and other countries across the border with the EU as part of his “hybrid war” against the bloc.

Warsaw accuses Belarus of trying to destabilise the EU by pushing migrants across the bloc’s eastern border.

In response to the surge in illegal crossings, Polish authorities have started fortifying the border with Belarus by constructing barbed wire barriers along it.

Activists have criticised authorities for their response to the group of 32 migrants who have been stranded for weeks between Belarus and Poland near the Usnarz Górny village in northeast Poland.

Polish authorities say the group is on Belarusian soil and argue that Belarus is responsible for them.

The group of activists who tried to cut through the border barrier insisted in a statement that “we do not agree to humiliation, inhumane treatment and refusal to provide medical assistance to refugees, and we do not agree to the use of illegal push-back procedures.”