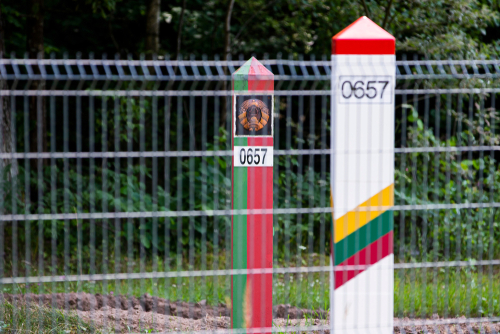 Brussels (Brussels Morning) Polish President Andrzej Duda declared a state of emergency over the border with Belarus, amid rising tensions over illegal crossings.

This is the first time in Poland’s post-communist history that the country has declared a state of emergency, according to DW reporting on Thursday.

At the request of the government, Duda signed an order banning gatherings closer than three kilometres from the border with Belarus, which applies to two Polish regions that border the country.

Mariusz Kamiński, Polish Minister of the Interior and Administration, pointed out that the state of emergency will come into effect immediately after it is published in the official gazette and will last 30 days.

Tensions between Belarus and neighbouring EU member states have been rising due to a spike in illegal border crossings from Belarus in recent months, with eastern EU member states accusing the country of orchestrating unauthorised crossings.

Lukashenko blamed for the spike

Poland reported roughly 3,000 illegal border crossing attempts from Belarus last month, with the Polish government and the EU accusing Belarusian President Alexander Lukashenko of being behind the sudden increase.

Duda’s spokesman Błażej Spychalski warned at a press conference on Thursday that “the situation on the border with Belarus is difficult and dangerous.”

He added that Russia is to conduct military exercises in Belarus near the Polish border later this month, noting that this is “the second reason for bringing in the state of emergency in this area.”

“We must be prepared for every scenario,” he concluded.

The Polish Ocalenie Foundation charity for migrants and refugees criticised the government’s decision to declare a state of emergency.

The charity’s Marianna Wartecka noted “this state of emergency is a nuclear solution that is to move us away from this border” and concluded that the move will prevent the documenting of events at the border.