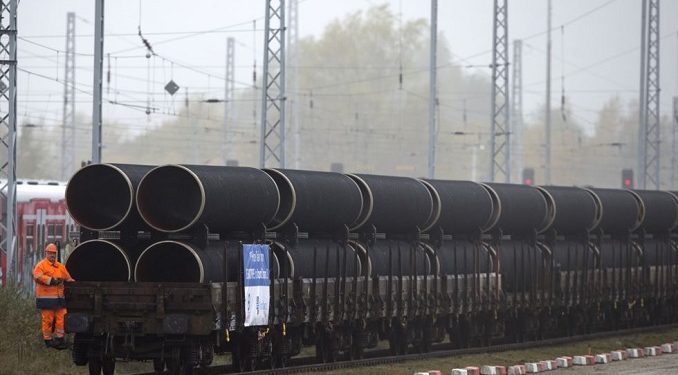 Polish Prime Minister Mateusz Morawiecki has called on Germany to halt the Nord Stream 2 project. The gas pipeline project would bolster Russian influence and power by helping strengthen Moscow’s military might, which would serve to intimidate neighbouring countries, he said Wednesday, according to a DW  report.

Morawiecki also warned that the project would consolidate Russia’s dominant position in the regional gas market. He urged Germany to look at what is happening in Belarus and Ukraine, noting that completion of the Nord Stream 2 would add to the problems now faced by Ukraine.

While Poland imports most of its gas from Russia, it has been a staunch opponent of the gas pipeline project, which it views as a threat to regional stability, Reuters reports.

Germany is consulting EU and NATO partners on how to respond in the event that Russia fails to shed light on the poisoning of Russian opposition leader Alexei Navalny.

German Chancellor Angela Merkel is facing growing political pressure in Germany to end her support for the Nord Stream 2 in addition to external pressure from the US and Eastern Europe, DW notes.

Polish Deputy Minister of Foreign Affairs Paweł Jabłoński, having expressed his satisfaction on Tuesday that some German politicians were voicing their opposition to the project, told AP next day that the Polish position on the gas pipeline had been clear for years. Nord Stream 2, he said, is primarily a political venture, one that can be used as leverage and for military purposes. Moreover, he warned that, should Russia succeed in re-establishing a form of Soviet-style control over Belarus and Ukraine, this would spell trouble for Poland.

The DW report noted that Germany has to secure stable energy resources as it phases out reliance on nuclear power, coal and Dutch gas from the North SeaLinks.