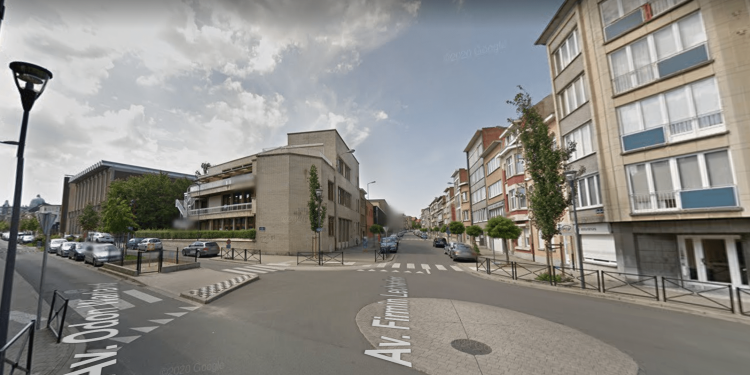 Belgium, (Brussels Morning Newspaper) The municipality will present the plans to local residents on Tuesday evening. These were drawn up after three participatory workshops with the neighbourhood led by the Tridée study bureau.

In concrete terms, the entire neighbourhood between Jetselaan, Carton de Wiartlaan, Charles Woestelaan and De Smet de Naeyerlaan will be redeveloped. This district is located approximately between the Belgica metro stop and the Spiegelplein. The Firmin Lecharlierlaan will be a one-way street. Cars will still be able to drive from Belgica to De Smet de Naeyerlaan, but not the other way around. Bus line 14 of the STIB can still travel in two directions, just like cyclists.

According to a report by BRUZZ, The Paul De Mertenlaan will also become a one-way street. At the end of that street there will be a cut, so that cut-through traffic from the Jetselaan can no longer drive into the district. Another cut will be made at Amnesty International Square. A third cut prevents cars from driving from Lecharlierlaan to Longtinstraat. Finally, the Woestelaan will be closed off from the Levis Mirepoixlaan with a fourth cut.

There are five schools in the perimeter. That is why there will also be two school streets, which will only be closed to car traffic around school hours (morning and around 4 pm). It concerns two parts of the Mirepoixlaan. One of these is in line with the planned cut on Amnestyplein.

“This will free up much more space at Amnesty for a green square,” says Mobility Alderman Nathalie De Swaef (Green) from Jette. It is not known when that square will be redeveloped. “This is the circulation plan. The redevelopment of the district will follow later.” Also on the corner of Longtinstraat and Lecharlierlaan, space must then be made available for extra greenery.

The entire Firmin Lecharlierlaan will therefore be given a new look. The municipality promises that there will be more space for greenery and better footpaths, but the plan for the redevelopment has not yet been completed.

“We now want to implement the first, temporary cuts as quickly as possible,” says Alderman De Swaef. Those first refurbishments will begin this spring. The school streets will start in September with a one-year pilot project. “They will then become final in September 2023,” says De Swaef. If all goes well, all works should be completed by 2025.

The plan is in line with the objectives of Good Move, the regional mobility plan that aims to create low-traffic neighbourhoods throughout Brussels. The Lecharlier district will actually only be added later (as part of a wider ‘mesh’), but the municipality itself had been thinking about a new circulation plan for two years. The competent aldermen are pleased that the time has come. “The residents will improve their quality of life. Today car traffic in their neighbourhood is too intense and too fast,” says De Swaef.

“The traffic flow and accessibility of the neighborhood may be more restricted, but well preserved, while pedestrians, cyclists and people with reduced mobility will be able to enjoy new, adapted and safer infrastructures,” said Jets Mayor Hervé Doyen (LB/CDH) .