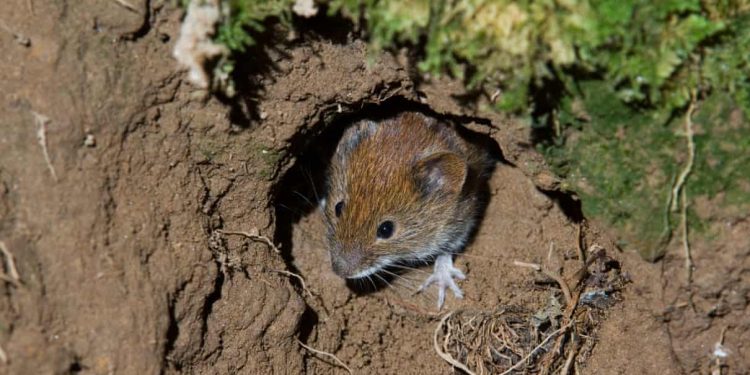 Large swathes of Germany’s farmland are being decimated by plagues of field mice leading to significant crop loss, according to the country’s national farming association.

In some parts of the country, a quarter of the arable land is afflicted, leading to calls for compensation as well as a relaxation on rules governing the use of pesticides.

Across Germany, the effects of a succession of dry summers and mild winters have enabled the mice – and increasingly voles – to thrive, leaving an estimated 120,000 hectares (300,000 acres) stripped bare by the rodents and now browning in the current heatwave.

Farmers across the country said that for months field mice have been tunnelling under the fields and gnawing at the roots of crops, with the neighbouring regions of Thuringia, Saxony Anhalt and Lower Saxony the worst hit. In the central state of Thuringia, as much as a quarter of the crops are affected, with damage estimated at around €450 for every hectare of wheat, and farmers’ representatives have estimated that two-thirds of their income will be lost as a result. Many have said they have had to buy in extra animal feed.

Some farmers are considering leaving their fields unsown for winter, in an effort to starve the field mice, which are about 12cm long.

Some farmers say that while the weather is partly to blame for the mice’s ability to reproduce to an extent which has not been seen since the 1970s, the reduction in recent years in the use of rodenticides – chemicals which could keep the population of field mice under control – have helped them to flourish.

Julia Klöckner, the agricultural minister, has called for an emergency reappraisal of laws governing rodenticides to cope with what she has called an “emergency situation”.

“We’ve already seen huge damage, and more is to be expected,” she said.

But environmentalists warn that endangered species such as hamsters, hares, birch mice and migratory birds are in danger of being killed off as a result.

Some animal welfare groups are calling instead, for a ban on fox hunting. Foxes, which each consume between 3,000 and 5,000 mice a year could help control the field mice. But they are currently being killed in large numbers themselves, by a growing number of “hobby” hunters. An estimated 400,000 foxes are killed in Germany every year.

Joachim Rukwied, president of the German Farmers’ Association, has welcomed Klöckner’s initiative. “The farmers must be given the possibility to protect their harvest with appropriate measures,” he said. “Right now environmental restrictions are preventing an effective control of the mouse population.”

Currently farmers are left with few alternatives other than to plough up the ground. But that only adds to the dry conditions and can have a detrimental effect on the subsequent sowing season.

Magnus Wessel of the Association for the Protection of the Environment and Nature (BUND) said poison was not a solution.

“The side effects would be enormous,” he told German media. “Not only would it kill off the field mice, but also the highly endangered common hamster. Birds which ingest the poison would also die.”

More effective, he suggested, would be a complete overhaul of Germany’s agricultural management, including a more diverse landscape with hedges and smaller fields, which offer a natural habitat for birds of prey and other mice predators such as foxes.

Equally effective at reducing the population, environmentalists and farmers agree, would be a harsh winter with ground frost, followed by heavy rain, both of which have been rare in recent years.