Pfizer vaccine for COVID-19 90 percent there 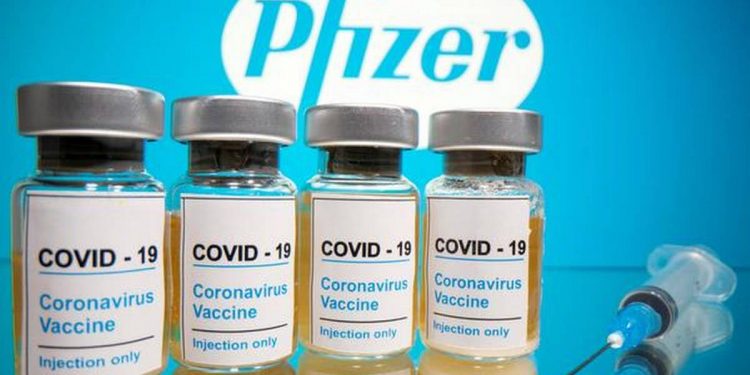 The experimental vaccine went into development as the novel coronavirus swept over the globe, causing a pandemic that has killed more than one million people, keeping numerous countries under lockdown and setting the economy in reverse.

There are around 200 vaccines in development, but so far, Pfizer/BioNTech, as well as Oxford University with AsraZeneca, have produced the most advanced product.

The German American partnership, however, are the first to show such positive results from a large-scale clinical trial of its vaccine.

The companies reported no safety concerns as they seek US authorization this November to start emergency use of the drug.

“We are reaching this critical milestone in our vaccine development program at a time when the world needs it most with infection rates setting new records, hospitals nearing over-capacity and economies struggling to reopen”.

The results also bode well for other vaccines, according to health experts, as it shows the virus can be stopped via inoculation.

Pending authorization, there is still no clarity over details, including dosage and longevity.

Ugur Sahin, the chief executive of BioNTech, told news agency Reuters he believed its effect would last at least one year, although that is yet to be confirmed.

The news has also had a positive effect on markets, including taking the S&P 500 futures to peak levels and driving a surge in travel industry shares while negatively impacting pandemic winners, including video conferencing platform Zoom.

Pfizer and BioNTech shares were also up.

“Light at the end of the tunnel”, said Markets.com analyst Neil Wilson, “Let’s just hope the vaccine deniers won’t get in the way, but 2021 just got a lot brighter”.