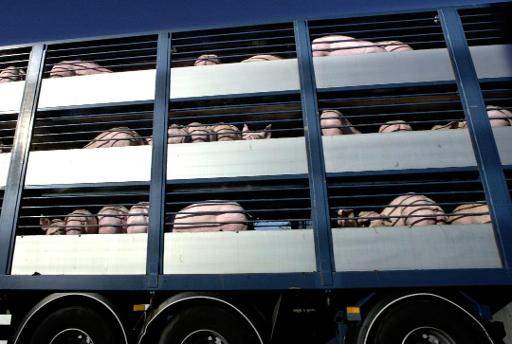 As Belgium braces for high temperatures next week, an animal rights group has issued a petition calling for a ban on transporting animals in extremely hot weather.

“After a miserable life in the industrial farms, these animals are jammed into trucks and transported to the abattoirs in veritable furnaces,” the non-profit ‘Suppression des expériences sur l’animal (SEA – End experiments on animals) said in its petition, addressed to the ministries of Animal Well-Being and Agriculture.

“The temperature can, in fact, top 60°C in the livestock trucks and cages, when the thermometer climbs to 30°C outside,” the association noted, calling on the two ministries to suspend the transport of animals to abattoirs in such weather.

“We’re thinking of hens, chickens and other poultry transported in overheated cages which in such temperature, will be half dead by the time they reach their destination,” SEA said. “but also of other animals from industrial farms, pigs, cows. We’re also calling for an end to the transport of live animals to countries outside Europe.”

The law requires organisers of this type of transport to make sure that the animals’ well-being is not compromised and that meteorological conditions are respected but “you have to be naïve to think animals are protected by such regulations,” the association noted.