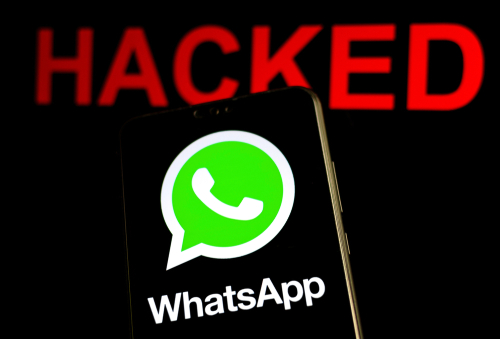 Brussels (Brussels Morning) The European Parliament has awarded the EU’s highest journalism recognition to the reporting team behind the discovery of the Israeli-made Pegasus malware, which was reportedly used against activists, dissidents, journalists and politicians.

The story was broken by the Paris-based non-profit journalism group Forbidden Stories, in cooperation with 17 other media organisations, working with technical support from Amnesty International, the global rights watchdog

The EP awarded the inaugural Daphne Caruana Galizia Prize of 20,000 euro to the entire group, praising its investigation and the resulting discovery. “An unprecedented leak of more than 50,000 phone numbers selected for surveillance by the customers of the Israeli company NSO Group shows how this technology has been systematically abused for years”, the EP’s statement declared.

The investigation concluded that thousands of people across 50 countries have been marked as potential targets for surveillance by the NSO-made Pegasus malware, which can infect a target’s phone and gain access to its data, message history, record calls and even be used as a live listening device.

Amnesty International called for better protection of the media in the future, stressing the importance of EU countries addressing the abuses of spying tools and providing better protection for journalists and rights defenders. AI’s director of its European institutions office, Eve Geddie, also called for ensuring a robust and meaningful regulation of the cybersurveillance industry.

The Israeli NSO Group, which produced Pegasus strictly for government clients, denies its software was abused and used against political opponents and dissidents, dismissing the initial reporting as being “full of wrong assumptions and uncorroborated theories”.
The EU’s journalism prize was named for a Maltese journalist, killed in a car bomb attack four years ago. An independent inquiry that concluded this year found the state of Malta responsible for Daphne Caruana Galizia’s death.