by Angelos Kaskanis
in Features, Our pick, Uncategorised 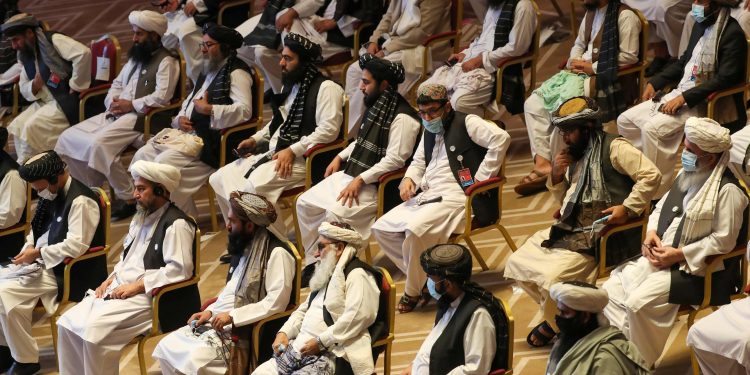 Delegates in the Afghanistan peace process in Doha

Doha (BM, 30 September). Over the course of 16 months, negotiations between the government of Afghanistan, the United States, and the Taliban have been advancing.

Multiple rounds of talks culminated in a signing ceremony on 29 February, 2020, in Doha. Present were the Afghan government, the United States Special Representative for Afghanistan Reconciliation, Zalmay Khalilzad, and the Taliban leaders Mullah Abdul Ghani Baradar and Abdul Ahmad Turk.

Brussels Morning spoke to key stakeholders in the process, including the Ministry of Peace of Afghanistan, the External Action Service, and Qatar’s Embassy in the EU.

Keys to the negotiation

The agreement signed in Doha provides for step-by-step US military withdrawal, in exchange for tangible counter-terrorism measures by the Taliban, to  be verified by the Government of Afghanistan, leading to the gradual removal of sanctions and the launch of intra-Afghan talks.

The ultimate prize would be a permanent ceasefire, something Afghanistan has failed to achieve for nearly four decades.

The agreement’s lays out a 14-month roadmap for the withdrawal of all international forces, including US and NATO Allied forces, non-diplomatic civilian personnel, private security contractors, trainers, advisers, and support services personnel.

A milestone to the roadmap is the release of prisoners, since the deal entails the exchange of 1,000 Afghan security personnel held by the Taliban for 5,000 insurgent prisoners.

The “end game” should be a common vision for the governance of Afghanistan but even a common vision has been a challenge. The government advocates a central and democratically elected government ruling within the norms of a National Constitution. Instead, the Taliban denounce “foreign” forms of government and advocate for a “Council of Religious Leaders” to lead the state.

According to the UN Security Council, many of the objectives set by the negotiation process are ambitious and challenging. While the Taliban remain a formidable fighting force, there are divisions within the group, which makes negotiations difficult. Attacks on Afghan government and civilian targets have yet to cease.

Differences in the interpretation of the agreement could lead to periodic crises in its implementation, benefitting hard-line Taliban factions that seek to discredit the process. The Islamic State also presents an ever-more serious challenge to the negotiation process.

On the positive side, the Taliban remains at the table, represented by Mawlawi Haqqani, the head of the Taliban judicial system and a well-respected seminary teacher who commands moral authority among their ranks. His appointment is seen as a sign that the Taliban are seeking legitimacy, pre-empting the threat of internal divisions.

International donors stepped in to motivate stakeholders and to keep the negotiations on track.

During his second visit to Doha, US Special Envoy Zalmay Khalilzad proposed the development of joint economic projects involving Qatar and Pakistan, possibly involving infrastructure and trade, as a means of jump-starting the economy and raising the prospects for peace. Such international projects would be supported by international donors by as much as 75%, including the EU, the US, and the Qatar Investment Authority.

The Qataris have no political inclinations or motivations to force or even pressure parties into compliance, since they view their role as that of a facilitator rather than an actively engaged stakeholder. However, Doha is urging for a consolidation of a common front by third parties in the negotiation.

In a statement to Brussels Morning, the Qatari Embassy to the EU noted that a key to the negotiation is the consolidation of “regional and international efforts,” suggesting that “the dispersion and multiplication of efforts” is not conducive to a final settlement in the conflict. Doha favours hopes for strong EU engagement in the process, to consolidate gains made.

That may not be the case with all international donors. Plunged for decades into war, Afghanistan is extremely dependent on international aid, including food security. Parties to the negotiation are aware that without a viable exit strategy, investment in Afghanistan will be limited.

The European Union’s position is similar. In a statement to Brussels Morning, the EU Special Envoy for Afghanistan, Ronald Kobia, referred to the EU Foreign Ministers’ commitment to Afghanistan’s peace negotiations of 29 May, noting that Brussels is committed to “a negotiated political settlement leading to peace” that is “Afghan-owned and Afghan-led.” 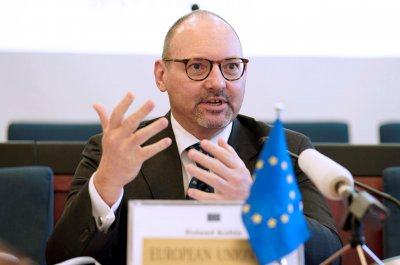 However, the position in Brussels is not entirely free of conditionality. The European Union welcomes the hosting of the ministerial pledging conference on Afghanistan in November and is willing to rally “generous financial pledges,” the Special Envoy notes. But both the EU High Representative and the 27 Foreign Ministers have also clearly conditioned their aid against continued progress and protection of rights and gains achieved since 2001.

International troop presence in Afghanistan peaked to over 100,000 in 2010-2011 and is little over 12,000 today. The “exit strategy” developed by Western Allies since the early 2000s was the gradual training of local forces that would in time assume control and responsibility for domestic security.

Weeks after the September 2001 attacks in New York, a US-led intervention in Afghanistan developed into a struggle for institution-building with the hope that the country would stop providing a base of operations for global jihadi networks, most prominently al-Qaeda. Nearly two-decades later, international stakeholders are seeking to scale down on direct military engagement in a conflict that has cost billions monetarily and thousands of lives. 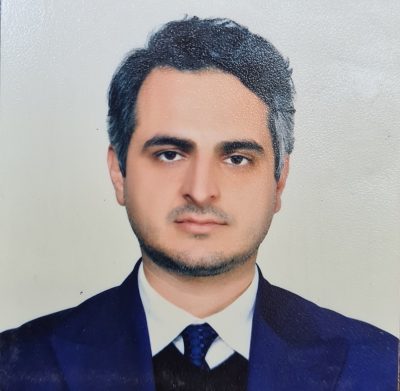 Brussels Morning: Are the Taliban able to control militant factions in Afghanistan? Is there a sense that this is a conflict with two main stakeholders or are the militant forces proliferating?

Shoaib Rahim (SR): This is a complex issue requiring recognition of multiple dynamics within the Taliban leadership. On one side, you have the Taliban Political Commission based in Doha favouring the peace negotiations and pushing for a political route as per the Feb 29th Doha agreement with the United States. On the other side, you have the strong military wing who either are against the peace negotiations in its entirety or at best only see it as a tactic to gain military advantage on the ground.

Defections from Taliban commanders to ISIS are on the rise, and more attacks are taking place under the flag of ISIS in certain parts of the country, leading to greater speculation on the extent the final political agreement between the government of Afghanistan and the Taliban will have on the level of violence. As of now, the Taliban negotiation team represents the Quetta Shura, Peshawar Shura and Haqqani Network, three major divisions within the Taliban. Whether or not they are able to maintain a unified position and push for a political resolution is yet to be determined. The last-minute change of composition and leadership within the Taliban negotiation team is also telling of the fragile nature of their current arrangement.

With the start of negotiations, violence has risen to unprecedented levels, casting a shadow over the talks, and increasing doubts on whether or not the Taliban negotiation team hold enough clout over their military elements.

BM: Is it possible that we are, after 40 years of continuous war, really heading towards peace in Afghanistan?

SR: It might be too early to say, but all signs point towards serious intent by all parties in making this process a success. Both conflicting sides are invested in the negotiations. So far, key stakeholders such as the United States and NATO, Pakistan and Iran are aligned in allowing the negotiations to mature and solidify. Having said that, as in any other peace talks, there is vulnerability which must be managed.