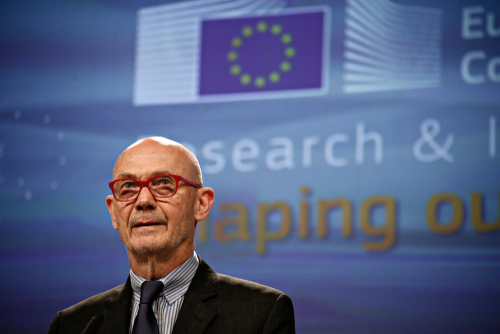 Press conference by Pascal Lamy, President Emeritus of the Jacques Delors Institute, on the report on the role of research and innovation for Europe's future in Brussels, Belgium on Jul. 3, 2017.

Madrid (Brussels Morning) Over Zoom, Pascal Lamy seems slightly disappointed to be discussing Brexit, and with good reason; it’s dominated the news for years on end. Yet, the final result arguably doesn’t feel complete, especially with rising tensions in Northern Ireland, so I ask my questions and he kindly obliges.

What comes from the discussion is more than just trade or Brexit talk, though both are valuable. He touches on a variety of points and specifics that apply to the current and future concerns of the European Union, and emphasises that the conversation need not focus solely around the British case. 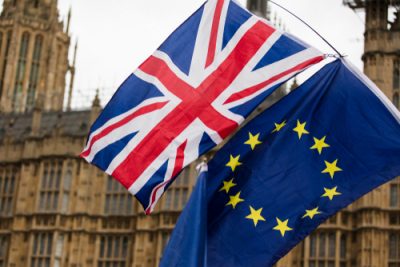 Pascal Lamy is an authority on matters of trade and the European Union. He has served as European Commissioner for Trade and also completed two terms as Director General of the World Trade Organization. He currently serves among other mandates as coordinator of the Jacques Delors think tanks in Paris, Berlin and Brussels which focus on European integration, having himself  been Delors’ chief of staff and sherpa from 1985 to 1994.

Lamy is on an International Programme Board this week at the Prague European Summit 2021, this year’s theme being “Europe Reborn.” In much of our discussion, there seems to be an optimism about what lies ahead, and rather than seeing Brexit as a catalyst for hard times to come in the EU, it seems to be business as usual, if not better.

The late 2010s were shaped by strained diplomatic relationships with close allies and expanding populist movements, a stark reversal from the strong-rooted internationalism of the decades prior, specifically in the EU. Through new technologies and easier movement, it seemed globalisation was the only way forward, though this shift towards interconnectivity were pushed back by domestic political movements across the US and Britain, leading to unprecedented votes that shifted the global political and economic structures. As a new era unfolds and the status quo seems to stabilise, the conversation shifts to what is to come, rather than solely what has been.

Lamy’s recent book co-authored with Nicole Gnesotto, entitled Strange New World: Geoeconomics vs. Geopolitics begins to tackle the ebb and flow of globalisation and the inevitable interconnectivity of the modern world. Speaking with Brussels Morning, he responded to our Brexit-oriented questions, in a globalised, European-ideals-first manner. When asked, if Brexit is best viewed as a mode of deglobalisation, Lamy let out a sharp “No!”

He continued: “This world will not deglobalise. Globalisation can and will take different shapes according to the evolution of competitiveness, technology and the like.” Another part of the question related Brexit to the end of the “glory days” of globalisation, covered in the book as the period in which the EU really took off and technology enhanced international order.

Teetering between populism and global ambition 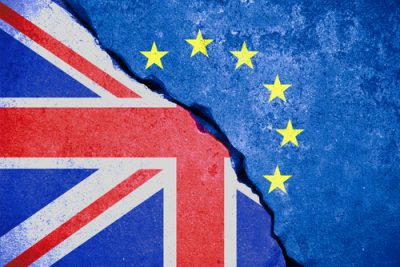 Globalisation is never without pushback and Brexit in itself seems to have been a step, like other populist movements of this era, to bring back the “my country, first” concept. The Brexit movement in itself was arguably this. It was a vote taken by a domestic population who believed that, by etching a path in which foreign competition was effectively eliminated they could have a better economic situation for the everyday citizen, because that was plainly the populist promise offered if they voted yes.

Yet, the post-Brexit slogan of the Johnson administration is, laughably, “Global Britain.”

Lamy points out that:

“In this global environment, Brexit is a total oddity. It has got nothing to do with deglobalisation, with a slogan like Global Britain. True, it’s a very strange element that, within a world that globalises and integrates and where there is more or less convergence on a number of areas, the UK decides to fragment from an economic bloc rather than keep building it. We see the result of a domestic political process which was started on a populist mantra which succeeded after three decades”

Populism and its simplistic ideas are often a direct result of the anxieties related to change and globalisation. This movement of the late 2010s seems to have stalled however, as the election of Biden in the US has reversed the American course and will arguably level out the World Trade Organization Court after the Trump Administration blocked judge appointments. Even with the US teetering on the edge of populist isolationism, the international systems and institutions in place continued to function and adapt, with the WTO as a strong example of this, ratifying measures to ensure that court decisions still held weight even without the US backing.

He goes on to explain that while this post Brexit/ Trump era is not the same “heyday” of globalisation discussed in the book, it is also not a failure of the overall project. In fact, he argues that the COVID-19 crisis has accelerated some of these evolutions, specifically digitalisation:

“ There are good reasons to believe that the increasing pace of digitalisation will increase globalisation while what has appeared in some areas where supply chains were more fragile will lead to some reshoring.

He argues that in this case, allowing service positions to be completed from home, and thus anywhere in the world with internet connection during the pandemic, highlights that many of these jobs may be pushed overseas, citing tele-migration as a potential shift to contend with. Globalisation has lifted millions out of poverty across the world, but it can also lead to job decline in advanced countries, like those of the EU.

Working from home has been arguably one of the biggest benefits of the pandemic, especially for the millions who have long commutes to their office. It also has highlighted that corporations need not spend exuberant rents for large office spaces, but should potentially opt for smaller offices and continue to offer work from home. At the same time, the decentralisation of white collar jobs highlights the fragility of the middle class who face telemigration and artificial intelligence competing for their positions. The EU will have to find a solid middle ground in which it does not inhibit globalising processes, but also protects the working rights of its citizens. A balance which is arguably hard to strike.

Life is easier without the hard borders

Even so, the European Union experiment continues to work efficiently enough, even with the British yet to return to the course, and with populist movements still sprouting in the Union, like Hungary and Poland presently undermining the core democratic liberal principles of the EU.

Like the theme of this week’s Prague Summit, Europe Reborn, the recent shifts and trends do not hinder the European Union and its ideals, rather they strengthen it. While new issues are emerging and the EU will be required to deal appropriately with matters like telemigration, managing technologies, continued populism, and shifting trade agreements, Pascal Lamy reminds that “life was made easier after 1992 when borders were removed.” The European model is citizen-oriented, and policies created and implemented are regularly community built for the betterment of not only the European citizen, but through the lens of the globalised world, as well.