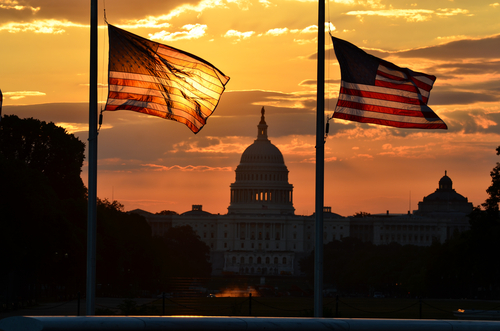 New York (BrusselsMorning) The crisis of US democracy is no longer an issue that is written and discussed primarily by radical activists and left-wing academics, as was the case for much of the 2016-2018 period. It is now a matter of consensus among observers that the crisis is grave and that it shows no signs of abating. Nonetheless, the phrase democratic crisis doesn’t quite fit what is happening in the US in certain key ways. Democracy is not imperiled by circumstance or exogenous factors, but by one political party

Accordingly, the effort to save US democracy is not a broad endeavour that all Americans support. It is more accurate to describe the US as stuck in a struggle between those supporting democracy and those seeking to transform the country into an authoritarian regime led by its disgraced former president. This struggle is a deeply partisan one. While it may be difficult for journalists and pundits reared on “both-sidesism” and false equivalencies, to accept, it is the fundamental reality that defines American politics-and if you don’t recognise that you cannot accurately diagnose the problem or begin to resolve it.

This means that we are not going to strengthen US democracy simply by making institutional changes like expanding the Supreme Court, changing voting laws, abolishing the filibuster, investigating the previous administration or fixing redistricting.  First, all these fixes require either support from some Republicans in Congress or the state legislatures or a unified show of Democratic support in the Congress. However, in the course of the last year, Joe Manchin and Kyrsten Sinema have made it very clear that they cannot be depended upon to support these efforts to strengthen democracy. In other words, comforting as it may be to discuss these kinds of solutions, none are likely to happen anytime soon.

Second, and probably more importantly, US democracy is no longer in a place where technical solutions will solve what has become a deeply political problem. American political institutions are flawed and need to be modernised and democratised, but as long as one of the major parties remains contemptuous of democracy, determined to making it more difficult for some people to vote, and loyal to Donald Trump, technical solutions will never be enough and will be almost impossible to implement. For example, although ensuring voting rights is critically important, even if it occurs in time for the 2024 election, supporters of Donald Trump, the likely Republican nominee in 2024, will claim fraud should he lose and likely engage in tactics similar to those of late 2020, which culminated in the insurrection of January 6, 2021. Also, as long as the GOP is the governing party in many states, the crisis of democracy and the strength of the authoritarian movement will continue to grow at the local and state level.

An inconvenient truth about democracy in the US is that it can only be strengthened and brought back from the current precipice by drubbing the Republican Party in several elections, but that is extremely unlikely. In fact, most observers expect the GOP to win the 2022 midterms and to be very competitive in the 2024 presidential election, led by Donald Trump. If the Republicans win the next two elections, a possibility but not at all a certainty, the US will move significantly further down the road towards authoritarianism. However, narrow Democratic victories, such as happened in the 2020 election, will not be enough to combat authoritarianism because democracy needs more than just a small majority of the people to support it.

The hard work that advocates of democracy face in the US is not a matter of arriving at clever technical solutions to ameliorate the damaging undemocratic structures that permeate the American system of government. Nor, for that matter, is it simply assuring that the Democratic Party wins future elections. Both of these outcomes, ultimately, are necessary, but neither is sufficient. The biggest challenge is to persuade a significant proportion of those who now support the authoritarian movement as being almost indistinguishable from the Republican Party that democracy per se offers a better solution.

If the GOP is recaptured by conservatives who believe, generally, in the idea of democracy, or if it suffers such a defeat that fewer than about 30% of the American people support it, democracy will have a chance in the US. However, if neither of those unlikely events comes to pass, the crisis will endure for a while.

The US now finds itself in the difficult and unenviable position of having a two-party system where the major difference between the parties is not ideology, vision or their respective approaches to governance, but rather democracy itself. In this situation, every election, regardless of the context, is about democracy. Unfortunately, many voters do not see it that way and the media has refused to use this frame for our current politics.

The core dilemma facing voters is that there is ample reason to be disappointed at Joe Biden’s handling of inflation, the pandemic and/or the crisis of Covid testing in the US. In a democracy, those may be normal reasons to vote against the incumbent party. However, in the current circumstances, in no way do they amount to acceptable reasons for jettisoning democracy in favour of the angry authoritarianism of the MAGA cult.