Parliamentary election in the Netherlands starts 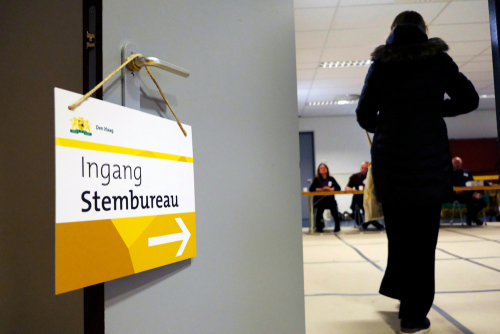 Dutch people vote in polling stations for the European elections in The Hague, Netherlands on May 23, 2019

Brussels (Brussels Morning) Parliamentary election in the Netherlands started on Monday and will wrap up on Wednesday, Reuters reports. Dutch Prime Minister Mark Rutte, in office since 2010, is expected to secure a fourth term.

Results of four polls released on Monday show Rutte’s People’s Party for Freedom and Democracy (VVD) is set to win between 21% and 26% of the vote, with closest rival, the Party of Freedom headed by Geert Wilders, holding between 11% and 16%.

Because of the ban on public gatherings imposed as part of pandemic control restrictions, much of the election campaign was conducted through televised debates.

The government’s handling of the coronavirus crisis was the target for much criticism. The National Institute for Public Health and the Environment urged against any hasty easing of lockdowns, warning that a third wave of infections could overwhelm hospitals.

The response to the government’s decision to impose a lockdown plus a curfew in January was a series of riots  and demonstrations. On Sunday, police broke up an anti-lockdown protest several thousand strong in The Hague.

The government opted for a three-day voting period to help voters remain socially distant and limit crowds at polling places since the ban on gatherings of more than two people is in force. It also introduced an exception to the curfew rules, allowing citizens to leave their homes after 9 p.m. for purposes of casting their ballots.

Voters over the age of 70 are allowed to vote by mail and the government is encouraging those deemed to be members of groups more vulnerable to COVID-19 to vote today or on Tuesday.