Parliament warns of attempts to subdue and silence critical media

by Valentina Brini
in Features, Parliament 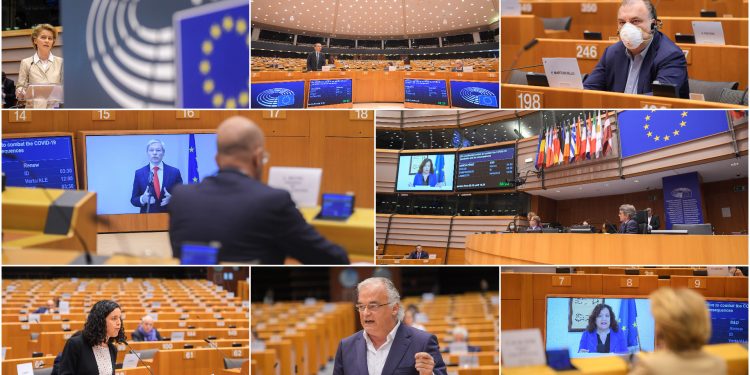 Brussels (Brussels Morning) There is growing alarm in EU circles about media harassment and an accompanying deterioration of media freedom within the EU. The European Parliament’s Civil Liberties Committee, concerned about journalists faced with violence, harassment and workplace pressures, has condemned state structures that interfere with public service media and attempt to silence critical and independent media in general.

Media pluralism is jeopardised also through funding structures and by measures such as those being used to contain the coronavirus pandemic, all of which have added to the pressures journalists face at work.

The pattern of intimidation can be seen in the murders of investigative and activist journalists such as Daphne Caruana Galizia in Malta in 2017, Ján Kuciak and his fiancée in Slovakia in 2019, and Lyra McKee in Northern Ireland in 2019. MEPs want to assure journalists of a working environment free from threat and denigrating behaviour. They note that female journalists are especially vulnerable and should be given additional protection.

Concentration of media ownership puts pluralism at risk, making it more difficult to challenge the spread of disinformation. MEPs demand that EU countries take action to avoid horizontal concentration and to ensure transparency. Citing the additional  problem of governmental interference when it comes to public advertising; the Parliament’s Civil Liberties Committee takes the line that EU money should not be spent on government-controlled media or for purposes of political propaganda.  The Committee also believes the European Commission should assess media ownership transparency, as well as monitoring instances of private and government interference with media in member states.

The Commission will try to outline measures to improve the safety of journalists and address abusive litigation against them by drafting an action plan on European democracy. “In our relations with other countries, we have always been clear on the key role of unrestricted media and civil society and the need to protect human rights defenders, many of whom are journalists“, Commissioner Vera Jourova said at a public discussion on the topic last week.

“The situation in journalism and media freedom has reached an unprecedented level of insecurity and we really need to put it very high on the EU agenda. We all know that the situation is really bad in Hungary. Orban has taken over all the small independent media that were still there. There is no independent public service media anymore. And that of course has an incredible impact on democracy,” Renate Schroeder, director of the European Journalists Federation (EJF), told Brussels Morning. In Poland, “public media are instrumentally used by the ruling party to polarise society, spread hatred and disinformation”, Conservative MEP Magdalena Adamowicz (EPP) told Brussels Morning.

EU delegations around the world attend and closely monitor court cases involving journalists. “The EU will continue to defend freedom of expression and protect those who make use of this fundamental freedom to keep us informed every day. It is not something we can, nor will, compromise on”, Commissioner Jourova assured, pointing out that Brussels intends monitoring to ensure that the latest EU rules on audio-visual media services are followed. The rules are intended to strengthen the independence of media regulators and encourage transparency of media ownership. Other measure to enance journalists’ safety include a new guide launched by the OSCE last week offering concrete action proposals to safeguard online safety of female journalists. In the course of the last 12 months, the EU has supported more than 425 journalists with emergency grants, temporary relocation, or provided support to their respective media outlets.

Media freedom at a turning point

There is little doubt that the situation regarding media freedom is worsening all over Europe — from the Netherlands to Italy. As governments imposed restrictions in face of the corona pandemic, freedom of expression and journalists’ working conditions took a hit. Last week, editors of Slovenia’s most influential news outlets accused Prime Minister Janez Jansa’s centre-right government of using the coronavirus crisis to attack independent and critical media. Jansa is a close ally of Hungary’s Victor Orban

“The crisis or any other event should not serve as an alibi for damaging changes to media legislation or for attempts to politically intervene in media outlets’ independence”, an open letter signed by 22 editors of the major media outlets said. The European Parliament’s report recounts how the pandemic accelerated the media crisis with journalists being offered part-time work or being laid off entirely while freelance earnings are declining.

EU lawmakers are now warning against the spread of disinformation, hate speech and the politicisation and takeover of public media by influential political parties. According to MEP Magdalena Adamowicz (EPP), these threats endanger the existence of the EU itself. “All of these social engineering tools are used to manipulate societies in order to achieve political goals. Through the exploitation of hatred, lack of information and disinformation, power is gained or maintained in many places around the world, including in the EU,” she affirmed.

The European Parliament’s Civil Liberties’ Committee, along with the EJF journalists’ association, are requesting the European Commission to scrutinise media ownership in each member state. The Commission is expected to publish a media action plan in December and just before that, the European Parliament will issue its final resolution on the threats to media freedom.
“We are at a turning point”, Magdalena Adamowicz said. “If we do not stand up to defend free and independent media, if we do not use all available tools to fight disinformation and hate speech, and if we do not support a resilient and critical civil society, we will lose not only our right but also our ability to make free and democratic choices. Our democracy will only become a formal shell with no functional features of democracy.”