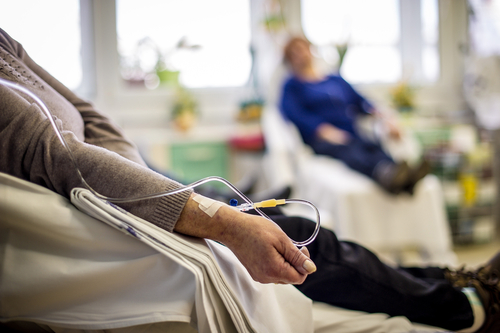 Belgium, (Brussels Morning Newspaper) Europe should focus on cancer prevention, cancer care across borders and ensure fair access to cancer medicines for all citizens. These were among the recommendations adopted by the European Parliament’s Special Committee on Beating Cancer (BECA) after voting on the Committee’s final report on 15 February.

In 2020 alone, nearly three million people were newly diagnosed with cancer and 1.27 million people died from cancer in the EU, making cancer the second leading cause of mortality after cardiovascular diseases.

Given the statistics, MEPs called for effective prevention measures at the national and EU levels, based on independent scientific expertise. Policymakers believe that it’s possible to prevent more than 40% of all cancers through coordinated actions targeting behaviour-cum-work-related, biological, environmental, socio-economic and commercial risk factors.

“Twelve years after the last European strategy to beat cancer, the one we are presenting today is historic, both in terms of its ambition and its objectives, and in terms of the resources, we will provide. We will finally be able to fight effectively, together, against the health inequalities that persist within the European Union and respond to the needs of millions of Europeans affected by this disease”, the MEP leading the report, Véronique Trillet-Lenoir (Renew Europe), declared.

Members of the S&D acclaimed the report as marking a milestone in the fight against cancer in Europe: “We are proud as socialists to have integrated the principle of social justice, the fight against inequity and inequality, and gender perspective at the heart of the report. The battle is not over yet. We expect this important outcome will be integrated into the future European Health Union (EHU), an S&D statement reads.

Recommended measures include funding programmes that encourage people to stop smoking and promoting actions to reduce and prevent alcohol-related harm as part of a revised EU alcohol strategy.

In consideration of patients still facing challenges when trying to access healthcare services and participating in clinical trials in other EU countries, MEPs are calling for reforms to the existing legislative framework in order to allow for mobility and to provide access to highly specialised equipment and care.

In addition, they maintain there should be a single set of rules to authorise and reimburse cross-border healthcare, including a right to a second opinion. On the issue of clinical trials, MEPs say there is a need to improve multi-national cooperation and the way cross-border clinical trials are run so as to make them more effective.

“We can no longer accept a 25% difference in survival rates among member states. All patients, no matter their nationality, must have the same level of treatment. We urge the Commission and all member states to act now and to make use of all the needed funds to change this unacceptable situation”, MEP Nicolás González Casares (S&D) stated.

Parliament also maintains that there is a pressing need to diversify the cancer drugs supply chain, monitor shortages more closely and create a strategic stockpile of critical cancer medicines.

Other key recommendations from MEPS include the right to be forgotten (RTBF), the addition of other cancers to the new, EU-supported Cancer Screening Scheme and measures to ensure more transparency within the pharmaceutical industry.

The EU’s Beating Cancer Plan has an unprecedented 4 billion euros in funding over the coming years and benefited from 80 million euros last year. In 2022, another 30 million euros will be devoted to providing EU countries with evidence-based knowledge to further design, plan, and implement prostate, lung, and gastric cancer screenings.

“Several major new initiatives will be launched this year, focusing on prevention and diagnosis. One of them is the much-anticipated update of our recommendations on cancer screening on which we are working very intensively”, said Health Commissioner Stella Kyriakides.

She went on to describe the European Cancer Imaging Initiative as a flagship action that will develop an EU “atlas“ of cancer-related images and make anonymised images accessible to the EUs cancer professionals.