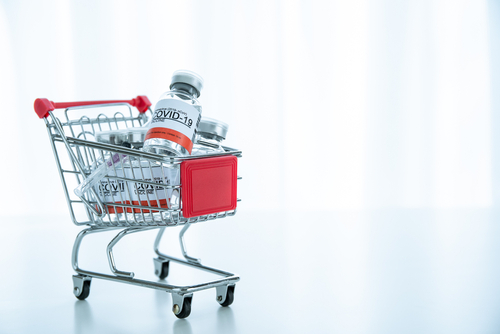 Brussels (Brussels Morning): In a debate raging over four hours Wednesday, members of the European Parliament insisted on parliamentary scrutiny of the EU’s vaccines strategy. While admitting that certain ”things went wrong” in the attempt to rapidly procure vaccines, Commission President von der Leyen remained adamant that planning for common vaccine purchases through the one contractual process for the whole of the EU was the right thing to do. ”What if a handful of big EU countries had rushed to the market and everybody else had been left empty-handed? That would have been the end of our community,” she declared.

Despite the criticism against the Commission President within her own party, the German Christian Democrats, Peter Liese, German MEP with the Conservatives’ EPP and focal point on health policy, defended von der Leyen, saying she had ”stood up for citizens’ rights”.

Other political factions in the Parliament were more critical, demanding answers about the secrecy surrounding the EU advance purchase agreements with a total of seven pharmaceutical companies. Pascal Canfin, French MEP with the Liberals’ Renew group, supported having a single European vaccine purchase contract but called for a parliamentary working group to follow-up.

”We ask for greater transparency,” he exclaimed, expressing his concern and frustration about the slow deliveries. ”Ramping up production is what it is all about,” he added.

Michèle Rivasi, French MEP for the Greens, was concerned that the virus cannot be tracked down and, with new variants spreading, that the vaccines would be ineffective. ”The European vaccine strategy has massively favoured the new genetically modified vaccines”, she said, while urging for traditional vaccines that enhance immunity. ”On transparency, you still have not published the contract with Pfizer and Moderna and we would still want to see the results from their clinical testing, as well.”

Among MEPs calling for greater transparency, Sophia in ’t Veld, Dutch member with the Liberals’ Renew, demanded that the whole process should be scrutinised, not just the vaccine contracts.

”I think responsibility is a wider issue in the Commission. We have now witnessed for a couple of weeks the mess around the vaccine procurement,” she said. ”We have seen the mess around Article 16 and last week the mess around ’Borrell gate’. Last year, Commissioner Hogan was made to step down very rapidly for much lesser offences. Where does the bar lie, Madam President?” she asked.

The Commission had previously disclosed a page of one of the contracts. Most of the information had been blacked out — by mistake, according to Commission spokespersons. Daniel Freund, German MEP with the Greens, was one of those allowed to see the redacted document, which contained no information.

Christel Schaldemose, Danish MEP with the Socialists, thought it the biggest crisis ever in the history of EU cooperation. ”It was in order for the Commission to do the EU coordination, but we have not had a clear response to why it went wrong”, she said of the common vaccine strategy.

The Commission President’s threats to invoke a prohibition on exporting vaccines to Northern Ireland incensed Irish MEPs, notwithstanding the regrets she voiced in the plenary.

”It is unacceptable that the Commission didn’t see the potential of destabilising the Withdrawal Agreement and the Good Friday Agreement by proposing the use of Article 16 of the Irish protocol,” Chris McManus for the Left stated. ”Now we must ensure that the fiasco isn’t repeated.”

Others Irish MEPs queried how the decision had come about.”We need to ensure that the Commissions in the future would not make similar mistakes,” Billy Kelleher with the Liberals’ Renew group said.

”President, you did not get it right! What concrete steps will you put in place to ensure that the delicate situation on the island of Ireland is never threatened like this again?” exclaimed Grace O’Sulivan, Irish MEP with the Greens.

By the time the debate concluded, the Commission President had departed. On her behalf, Health Commissioner Stella Kyriakides promised to set up a contact group with the Parliament on vaccines and said that another contract, the one with Johnson&Johnson, will be published tomorrow.

”We will persist with other companies to obtain agreement to make our contracts available as quickly as possible,” Kyriakides promised.