Parliament calls for ‘ecocide’ to be made an international crime 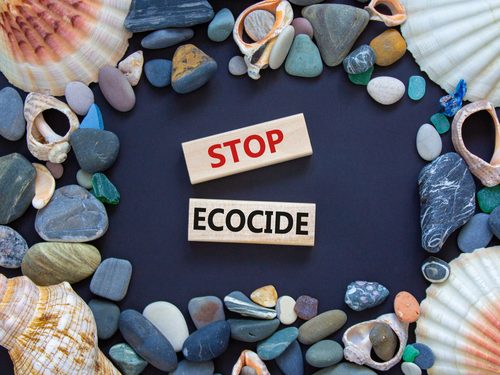 Brussels (Brussels Morning) The European Parliament has called on the EU to prioritise the fight against impunity for environmental crimes one of its key foreign policy issues. The Parliament’s Legal Affairs Committee (JURI) adopted the report with 518 votes in favour, 97 against and 77 abstentions, at yesterday’s plenary session.

MEPs encouraged the EU and member states to pave the way for recognition of “ecocide” as an international crime under the Rome Statute, the treaty that created the International Criminal Court (ICC).

The EU should pave the way through the ICC, with active support from EU Special Representative for Human Rights, Eamon Gilmore, to initiate new negotiations between the relevant parties, the Parliament advised.

“We call on the EU to integrate a human rights perspective in the external dimension of the European Green Deal, and to fight impunity for the perpetrators of environmental crimes by helping to improve access to justice and by recognising ecocide as an international crime under the Rome Statute”, MEP Soraya Rodríguez Ramos (Renew Europe) declared after the vote.

Corporations like the Coca-Cola Company, PepsiCo and Nestlé have been identified as the world’s worst plastic polluters in 2020 for the third year in a row.

Plastic litter from the disposed product packaging of those corporate giants was to be found across multiple countries in 2020, a report by the environmental campaign group, Break Free From Plastic (BFFP), revealed.

A 2019 analysis by the Climate Accountability Institute revealed how 20 fossil fuel companies were linked to more than one-third of all greenhouse gas emissions in the modern era, according to a report in the Guardian.

In order to promote higher standards, the Parliament singled out due diligence and sustainable corporate accountability as key to efforts to prevent and protect against severe human rights and environmental violations.

MEPs called on the EU to recognise and support sustainable and accountable corporate governance as a vital element of the European Green Deal.

Last month, the European Commission presented a set of measures based on financial incentives to boost more sustainable businesses. The measures aim to help guide support towards sustainable investment, establish defined economic activities and spell out how these contribute to the EU’s environmental goals.

The move also puts in play a proposal for legislative action — Corporate Sustainability Reporting Directive (CSRD) — which would require businesses to comply with sustainability reporting stipulations.

In March, the Parliament presented due diligence guidelines including rules for companies to comply with, in order to cut environmental harm to people and the planet.

In its deliberations, the JURI Committee also defended increased support for environmental rights defenders and their legal representatives.

According to the 2020 Global Witness report, 212 land and environmental activists were killed in 2019, a 30% increase compared to 2018. The report identified 40% of the victims as being from indigenous tribes and traditional land owners.