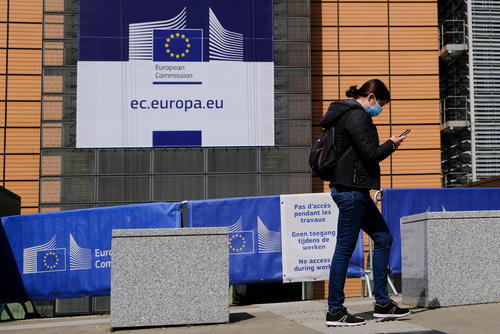 Brussels (Brussels Morning) EU member states will benefit from recovery funds totalling 672.5 billion euro, following a large majority vote (592 in favour) yesterday evening at the European Parliament. The funds, dubbed Recovery and Resilience Facility (RRF), were designed to mitigate the economic and social consequences of COVID-19 and will be driven by digital and green investments.

“The RRF is a double win, mitigating the social impact of the COVID-19 crisis in the short term and allowing us to make a major step towards the green and the digital transition in the long term”, MEP Eider Gardiazabal Rubial (S&D) declared.

Under the RFF, member states were encouraged to submit their national reform programmes and their resilience and recovery plans. So far, 18 EU countries have submitted draft recovery plans to the European Commission.

During the parliamentary debate, MEPs discussed the financial instrument and how it could best curb the effects of COVID-19. MEP Siegfried Mureşan (EPP) said children and youth would be at the centre of the recovery facility, rejecting the idea of a “lockdown generation”.

Despite the wide ratification at the Parliament level to disburse EU funds, the RFF presents its own challenges. “I think the first procedural challenge is for the member states to ratify the Own Resources Decision, since the Commission won’t be allowed to raise funds for the RFF until this happens”, MEP Caroline Nagtegaal (Renew) told Brussels Morning.

As of 5 February, six EU member states (France, Bulgaria, Croatia, Cyprus, Slovenia and Portugal) have ratified the Own Resources Decision, the Commission said. In order to release money from the recovery fund, which includes the RFF, all 27 EU countries must act in accordance.

Nagtegaal said it was important to keep “a close eye” on how the funds are spent. “I don’t have a preference on whether countries invest in (digital) infrastructure, reforming tax systems or clean fuels, as long as investments contribute towards a more resilient European economy”, she said.

The gender gap was also flagged as MEPs criticised the lack of support women are receiving. “The facility is investing in the green transformation and in the digitisation of Europe – and rightly so. But unfortunately the main victims of the economic crisis were forgotten: Women! They do most of the additional unpaid work, but are losing their income,” MEP Vanessa Geese (Greens) warned, as she cited the example of Italy, where 70% of the new unemployed are women.

More than that, Geese stated that the RFF invests mainly in sectors like energy and digital, currently the biggest job creators, and “almost exclusively for men”, which, she asserted, contributes to “deepening the gender divide”.

Still, the Climate Action Network (CAN) Europe described the lack of public scrutiny about the planning of the RFF as “secrecy”of a kind that “jeopardises building back better”.

“Member states are making investment decisions which will shape our economies for decades. This cannot happen with citizens left outside”, Markus Trilling from CAN Europe maintained.