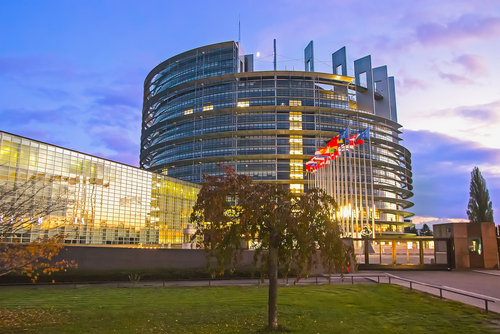 Brussels (Brussels Morning) A solidary fund totalling 186 million euro to help the unemployed was adopted yesterday by the European Parliament’s Committee on Employment and Social Affairs, following its adoption earlier this month by the European Council on 8 April.

The European Globalisation Adjustment Fund (EGF) was created originally to provide support for people who have suffered job losses as a result of major structural changes caused by globalisation, technological or environmental change.

“The fund will be crucial in helping dismissed workers during these difficult times. It is now better equipped to help us face the challenges ahead and it will cover any type of redundancies following restructuring”, MEP Vilija Blinkeviciute (S&D) stated.

According to a Commission review of EGF activities in 2017 and 2018, ten member states submitted 13 applications targeting 12,896 workers and 1,155 young people who were without work, or were not enrolled in educational or training programmes, requiring an outlay of 41 million euro.

During those same years, Parliament and the Council adopted 15 decisions mobilizing EGF funding for a total amount of 45.5 million euro to support 14, 517 beneficiaries.

“We propose to support 500 dismissed foundry workers in Germany with 1,1 million euro from the European Globalisation Adjustment Fund”, the Commission announced yesterday, in a show of support that the workers would find a way back to employment through “mentoring and retraining”.

In December 2020, Council and Parliament reached agreement on upgrading the EGF’s capacity to enable it to more effectively support workers who have lost their jobs.

Previously, workers eligible for support from the fund had to have been laid off as a result of changing trade patterns or because of the consequences of the financial and economic crisis. Yesterday’s decision broadens the range of eligibility so that it will also help ameliorate the impact of globalisation.

The parliamentary debate delivered some additional adjustments. The threshold number of dismissed workers now required in order to make an eligibility claim has been lowered from 500 to 200, opening the way for more workers to benefit from EGF support.

MEPs also called on special measures like a childcare allowance for child caretakers to rely on when taking part in training or looking for a job.

“The EGF fund is one of the most important tools of the European Union. It is the one that is often more closely felt by the citizens who having been made redundant are in a transitional and often vulnerable stage of their lives”, MEP Dragos Pislaru (Renew Europe) declared.

The EGF programme is financed by the Multiannual Financial Framework, which has been extended from 2021 until 2027.