Parliament accuses IMO of failing to decarbonise the maritime sector 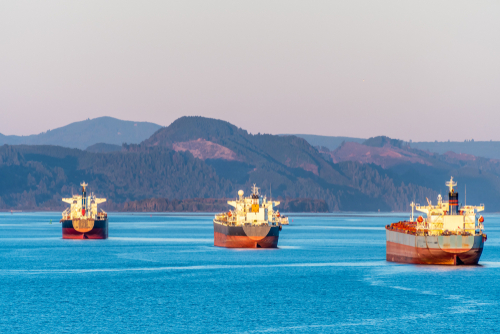 Brussels (Brussels Morning) The European Parliament has accused the International Maritime Organization (IMO) of sustained failure to take adequate measures to decarbonise the maritime sector. MEPs insisted on the need for more ambitious EU and global measures when the 76th session of the IMO Environment Protection Committee (MEPC) met remotely between 7-10 June.

The EP’s Committee on the Environment, Public Health and Food Safety (ENVI) complained that year after year, the IMO continues to fail to find solutions or measures to address the climate emergency.

The ENVI Committee underlined the urgent need to ditch conventional fuels and decried the shipping industry’s lack of responsibility, which it described as “totally unacceptable”.

“The outcome of this IMO session is a big disappointment when it comes to tackling global warming”, MEP Jytte Guteland (S&D) declared, dismissing the annual target reduction for carbon intensity of 1% for 2020-2022 and 2% for 2022-2026 as insufficient.

“Let’s face it — it basically means “status quo” and is not even in line with IMO’s own greenhouse gases strategy”, an exasperated Guteland said.

“It is clear that the EU faces a major challenge — both politically and tactically — in pushing the IMO towards green transformation, due to the international dimension of the shipping industry”, MEP Pernille Weiss (EPP) stated.

“One of the things we urgently need to address is the transition to new fuels with a focus on a full life-cycle perspective when evaluating which fuels are truly clean and green”, Weiss added.

According to Guteland, it was “obvious” the EU has to continue pressing in order to integrate maritime emissions under the Emissions Trading System (ETS). “Now more than ever, it is time to include all shipping under the ETS, not just shipping between EU ports”.

Civil society groups have condemned the IMO for failing to take action on the Arctic climate crisis. They cited how plans to reduce black carbon emissions from shipping in the Arctic had been bumped off the agenda for the UN agency’s 76th session.

“As if this lack of action on black carbon was not bad news enough for the Arctic, the package of short-term energy efficiency measures to reduce greenhouse gas emissions agreed at MEPC76 is as good as useless” John Maggs, Senior Policy Adviser for the Seas at Risk NGO, stated.

“The measure contains no enforcement mechanism, and the level of ambition, a 1.5% annual improvement”, Maggs claimed, “was deliberately calibrated” to remain the same as before, given “the absence of regulation”.

If the IMO wants to be in full compliance with the Paris Agreement, it must ensure a 7% annual improvement in efficiency to bring ship emissions down, the Seas at Risk adviser noted.

Ahead of the COP26 in Glasgow, the maritime sector has yet to persuade the international community of its willingness to play its part in addressing the climate emergency.

“This week was the IMO’s last chance before COP26 convenes in Glasgow to show that its deliberations and decisions on the climate impact of international shipping — CO2 and black carbon — have any relevance to meeting the goals of the Paris Agreement”, Dr Sian Prior, the lead adviser to the Clean Arctic Alliance, said.