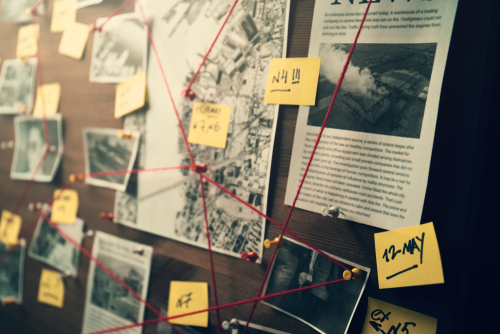 Brussels (Brussels Morning) ​​The public prosecutor of Halle-Vilvoorde on Saturday distributed a search message of a young man, who is wanted in a sexual assault case. The man allegedly assaulted three women while they were jogging in the Sonian Forest.

The events happened on three different moments: Monday 7 December 2020, Saturday 26 June 2021 and Tuesday 14 September 2021, each time in the Sonian Forest in Sint-Genesius-Rode, near the Lorraine Reef.

The man crossed the three women on a mountain bike while they were walking in the woods. He then turned and cycled slowly behind them to touch them on the buttocks. He addressed the victims in French and English and grinned at them.

A few days after the incidents, one of the victims filmed a man near the Sonian Forest, who she suspects is the perpetrator. “It may be that this man has nothing to do with the events, but even in that case the investigators want to speak with him so that this track can be ruled out,” the prosecutor’s office said, according to the report by BRUZZ.

The man is around 25 years old and of normal build. He has a tawny complexion, dark hair and dark eyes. At the time he was filmed, he was wearing work trousers, a gray T-shirt, gloves and a black backpack. He was riding a blue mountain bike and wearing a blue helmet.

The public prosecutor asks persons who suspect that they have been assaulted by the same person and who have not reported it to the investigators.

Tags: suspect in assaults in the Sonian Forestwanted in a sexual assault case