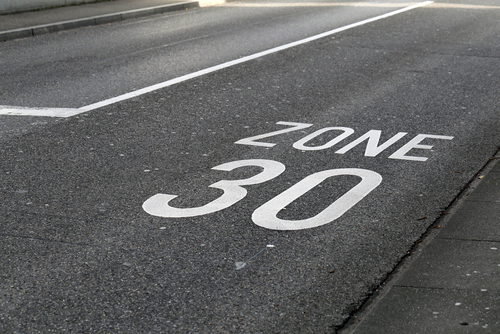 Brussels (Brussels Morning) Paris, already one of a growing number of cities limiting the top speed of cars on some of its streets to just 30 kilometres per hour, is set to expand the measure to nearly all of the French capital’s roads. Exceptions will only apply to several main boulevards and the Peripherique ring, the dual-carriageway ring road encircling the city.

Deputy Mayor David Belliard, of the Greens party, announced that the measure would take effect starting at the end of August, when the blanket speed limit already affecting nearly 60% of the capital will be extended to cover the entire city.

The UN and the World Health Organization (WHO) made a concerted push to introduce a 30 km/h speed limit in all urban areas earlier this year. The Streets for Life initiative was launched in May, with an open letter appealing to all city authorities worldwide to adopt the stricter regulation, which has been proven to drastically reduce traffic-related deaths.

Recent studies from cities such as Graz, London, New York and Toronto indicated that 30 km/h zones on streets where cars, pedestrians and bicycles mix lead to reduction in crashes, injuries and deaths, while also promoting the benefits of walking and cycling.

The Socialist party Mayor of Paris, Anne Hidalgo, had previously announced plans to make the city centre virtually car-free by 2022, by introducing regulations to bar nearly all cars and vehicles from the city’s four central arrondissements.

The ban on vehicles would not apply to residents or to public transport including buses and taxis. Delivery vehicles, artisans and craftsmen going to work in the affected neighbourhoods and shop owners would also be exempted.

The socialist-green city government’s policies are popular with citizens concerned about greenhouse gas, particle and noise pollution. However, Hidalgo and Belliard’s critics, most of them right-wing, have accused the pair of being “anti-car”.