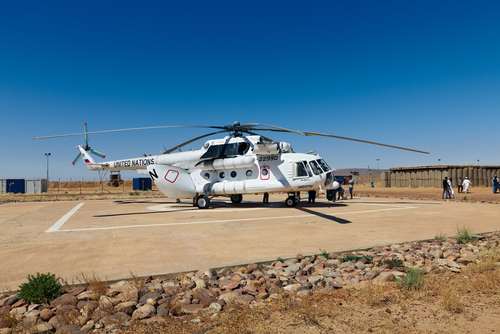 Brussels (Brussels Morning) A UN report released on Tuesday concluded that at least 19 civilians were killed in a French air strike in central Mali in January. The French Defence Ministry refuted the report’s findings in an official release, France 24 reports.

The French Air Force executed an air strike on 3 January, targeting a remote village of Bounti in the war-torn Sahel state. According to the village residents, French bombs struck a wedding party, killing civilians.

French military authorities rejected the villagers’ accusations, claiming the strike killed Islamic jihadists. The military also denied that any weddings took place in Bounti on 3 January. The UN peacekeeping mission in Mali (MINUSMA) launched an investigation in the wake of the air strike.

According to the MINUSMA findings, seen and reported by the AFP, a wedding did indeed take place in Bounti on the day of the air strike, with a gathering of “about 100 civilians at the site of the strike”. The probe concluded that at least 22 people were killed, of whom at least 19 were civilians.

“The group affected by the strike was overwhelmingly composed of civilians who are protected persons under international humanitarian law”,  the report stated. “This strike raises serious concerns about respect for the principles of the conduct of hostilities”, it added.

The investigation based its findings on 115 individual interviews, several group interviews and about 100 telephone interviews. Its findings are a rare case of criticism aimed at the French military intervention in Mali, where France has been assisting its former colony suppress an Islamist insurgency since 2013.

The French Defence Ministry denied the conclusions of the investigation. In an official statement, the Ministry said it “maintains with consistency and reaffirms strongly [that] on 3 January, French armed forces carried out an air strike targeting an armed terrorist group identified as such”. The Ministry added that it had “numerous reservations” concerning the methodology used in the investigation.