Paris Opera pledges to mend its lack of diversity 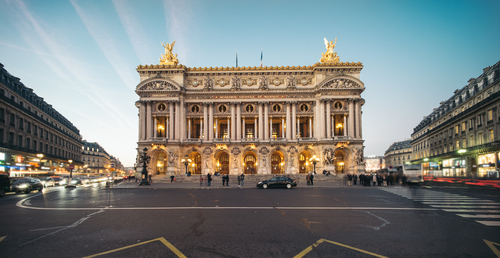 Brussels (Brussels Morning) A report published this week offered recommendations on how to improve the diversity of the Paris Opera, in response to rising criticism that the 350-year old French institution is failing to represent modern France, RFI report.

“The Paris opera is not a place of diversity,” states the report written by historian Pap Ndiaye and rights activist Constance Rivière. “Let’s be frank: on the whole, it is a white world, far from what contemporary French society looks like.”

Even though France does not permit the collection of racial statistics, and the report’s authors qualify their assertion by noting it was “based on intuition”, media have pointed out note that a single glance is sufficient to see the lack of diversity among the institution’s members.

Out of the 146 dancers in the Opera ballet, there are only five people of colour. “In many people’s heads, to join the Paris Opera, you need to be white,” Guillaume Diop, one of the five dancers, claimed.

Diop is one of some 400 members of the Opera who signed a manifesto in August last year, stating that racism exists in France and that “the Paris Opera, the noble institution that we serve with passion, is no exception.”

The manifesto was published as Alexander Neef took over as director of the Paris Opera. Neef took his experience in addressing similar issues in the Canadian Opera Company and applied them in his new job.

Despite an outcry among critics that this approach would inevitably lead to some classic works dropping from the repertoire, the new report notes the goal is to contextualise the racism and stereotypes, to “encourage reinterpretation and creativity”, instead of simply avoiding problematic themes.

The Opera will ban the use of blackface in its performances, and has plans in place to expand the colour palette of tights for dancers, as pink and white turn darker skin grey. Makeup and hair are being adapted for darker skin and different textured hair, and lighting technicians are being trained to light darker skin.

Neef also noted that out of 22 candidates for the dance school exam in October, six were minorities, of whom four were admitted. “This report is not the conclusion of a process, it’s the start,” Neef declared. “This will not end, it will live with us for years.”