Paris offers asylum to Afghans who worked for France 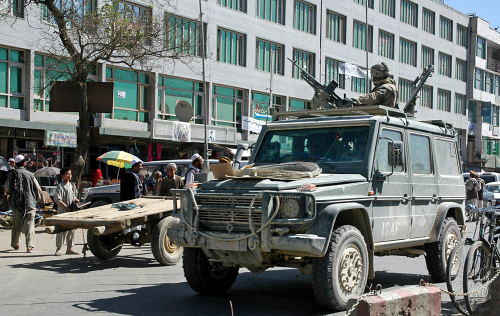 Brussels (Brussels Morning) The French Foreign Ministry’s initiative to offer asylum to Afghans who worked for French NGOs and governmental organisations in Afghanistan has stirred up a backlash among NGOs confronting an exodus of key personnel and fears about their future ability to operate once NATO forces withdraw from the country.

One NGO, Afrane, originally set up more than 40 years ago, when Soviet forces pulled out of Afghanistan, has been working hard to ensure young Afghans have access to education. However, according to France24 reports, the NGO will soon lose most of its non-French staff.

Almost all of its 23 Afghan employees have opted to accept the French ministry’s offer, and will seek asylum in Europe along with their families, fearing reprisals from Taliban as the Islamist movement is set to reclaim the territory it lost under NATO pressure.

US President Joe Biden announced the full withdrawal of US forces by 11 September, the 20th anniversary of the 9/11 terrorist attacks which plunged the country into a war with the Taliban in Afghanistan. Now other NATO countries are following suit and are moving to withdraw their contingents fast, while there is still a US presence that can provide airlift capabilities to its allies.

WIth the NATO withdrawal imminent, the Taliban have launched a series of offensives, reportedly surprised at the ease with which they have been regaining ground. Their advances pose a serious concern for those Afghans who worked in support of NATO troops, but also for those who have worked with humanitarian and educational initiatives by western countries, the reason why many NATO countries are now offering asylum to their local support personnel and other employees.

The French Foreign Ministry initiative looks set to empty the country’s representative offices in the country, as well. Le Monde reports that only French staff will remain in the Kabul embassy, since most of local employees are expected to take up the French offer to emigrate. Other diplomatic offices across the country will have to close, as they will be unable to function without local staff.

The Collective of French NGOs in Afghanistan (COFA), an umbrella group that includes Afrane, warned France’s Foreign Minister, Jean-Yves Le Drian, in an open letter in early June that the asylum offer is “against Afghanistan’s interests”, and warned that the country stands to lose valuable human capital, in terms of educated and peaceful people most open to change.

An understandable fear of the Taliban is driving such people from the country even in the absence of asylum offers. According to Doctors Without Borders (MSF), between 12,000 and 20,000 Afghans have fled to Iran in just the past few weeks. Iranian authorities are said to expect up to 150,000 more migrants in the near future.