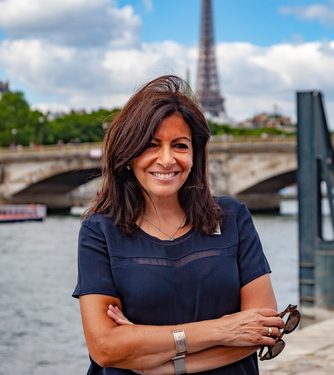 Brussels (Brussels Morning) Long-time Mayor of Paris Anne Hidalgo formally announced her intention on Sunday to run for the French presidency, a bid subject to confirmation by her centre-left Socialist Party (PS).

While PS, once one of the two pillars of French politics, has been in disarray since the 2017 presidential elections, Hidalgo overcame negative pre-election polls to win her second term as Paris Mayor in 2020, in the process becoming the most visible member of the Socialist Party.

The Socialists suffered a collapse in the polls at the 2017 elections, mostly due to the falling popularity of Socialist President François Hollande. The Socialists’ candidate, Benoît Hamon, finished fifth with only 6.36% of the popular vote in the first round of elections.

Hidalgo has recently been polling between 8 and 9%, even before announcing her intention to run, holding fourth place behind incumbent President Emmanuel Macron, the far-right candidate Marine Le Pen, and the Republicans’ potential candidate Xavier Bertrand.

Hidalgo’s term as Mayor of Paris was marked by many turbulent, chaotic, tragic and remarkable moments. Initially elected Mayor in 2014, Hidalgo was in office when a series of terror attacks shook the country’s capital in 2015 – first the Charlie Hebdo attack in January, then the devastating Bataclan attacks in November.

During her term, the city was also ravaged by violent Yellow Vest movement protests, the historic Notre Dame Cathedral was heavily damaged in a fire, and the coronavirus pandemic took its toll on the popular tourist mecca.

On the positive side, Hidalgo was also present for the landmark COP 21 Summit that resulted in the 2015 Paris climate accord, and the city won its bid to host the 2024 Summer Olympics.
Ruling since 2020 in alliance with the Greens and other left parties, Hidalgo has left her mark on Paris by making the city increasingly eco-friendly, reducing the speed limit in its streets and pledging to make the city centre virtually car-free in the near future.