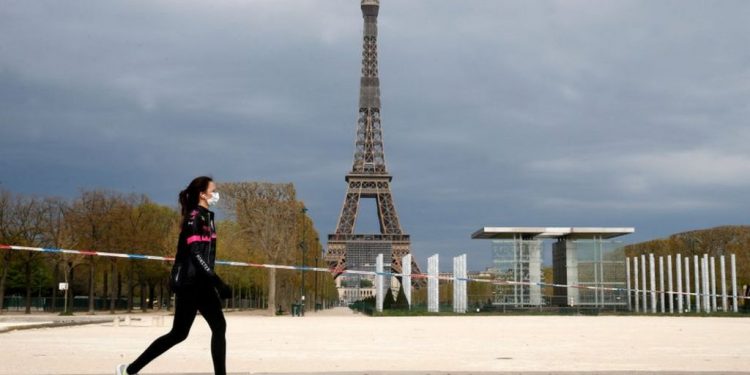 The French government has imposed severe restrictions in Paris as a response to rising numbers of newly confirmed coronavirus infections. Bars and cafés are to close today, Tuesday, according to a RFI reporting.

France’s Minister of Health Olivier Véran announced last week that only improved epidemiologic trends could prevent a total lockdown of cafés and bars in Paris. The regional health agency had warned that new coronavirus cases in Paris remained above 250 per 100,000 people, the threshold for implementing maximum alert protocols, which are already in force in Marseille and Aix-en-Provence as well as in Guadalupe, the French overseas territory.

On Sunday, France reported 12,565 new confirmed coronavirus cases in the last 24 hours, according to Reuters. This brings the total number of confirmed infections in France up to 619,190, the Ministry of Health reported. Close to 17,000 new infections were confirmed on Saturday, with the number of deaths reaching 32,230. The positive coronavirus test rate in France had reached 8.2% by Sunday, up 0.3 percentage points from the previous day.

Prime Minister Jean Castex’s office noted that bars and cafés might close for a period of two weeks, while restaurants might have to implement new protocols to stay open. The office stressed that the Paris region had seen no improvement since the preceding week, when the capital had passed the three key criteria for declaring the highest level of alert. These include confirmed infection rate in excess of 100 per 100,000 among the elderly, 250 infections per 100,000 among the general population, and at least 30% of beds at intensive care units reserved for coronavirus patients.

The two-week closure of restaurants and bars imposed in Marseille last week because  of a second wave of infections, sparked protests and an unsuccessful attempt to  challenge the lockdown in the courts.