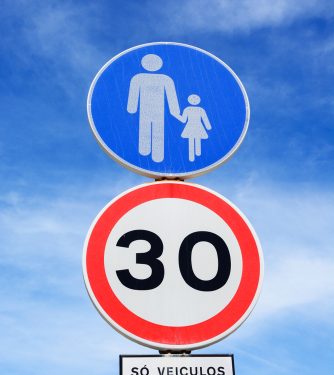 Brussels (Brussels Morning) Starting on Monday, the city of Paris introduced a city-wide speed limit of only 30 kilometres per hour, with the goal of cutting noise, pollution, and dangerous traffic accidents.

The move, pushed through by the city’s Socialist Party (PS) Mayor Anne Hidalgo, was met with the approval of the majority of the city’s residents, though it was heavily criticised by some of her political opponents and a number of businesses in the city.

The new regulations impose a 30km/h limit on nearly all of city’s streets, with few exceptions. The city’s main avenue, the Champs Elysées, will retain a 50km/h limit, while the city’s main ring road, the Boulevard Périphérique will keep a 70km/h speed limit. Prior to the latest measure, around 60% of Paris’ roads were already affected by the 30km/h limit.

Hidalgo, who was re-elected Mayor of Paris last year, introduced a range of proposals to reduce city traffic in the French capital, seeking to make the city greener ahead of the 2024 Olympic Games, which the city is to host.

Hidalgo also aims to make the city centre virtually car-free by 2022, proposing regulations to bar nearly all cars and vehicles from the four central arrondissements of Paris, with exceptions to be made only for public transport and legitimate business needs. If her plans go through, only buses, taxis and delivery vehicles would enter the city’s centre regularly, as would vehicles of craftsmen, artisans and shop owners.

The Parisian Mayor seeks to run for President in next year’s elections, though opinion polls are not giving her a fighting chance at the moment, despite being the most popular PS politician. The Socialists, once one of the two main parties in France alongside with the Republicans, have mostly collapsed in the polls following President François Hollande’s term. Hidalgo is currently polling at around 7%, sharing fourth place among presidential candidates with the French Greens’ candidate, Yannic Jadot.