Pandemic sees German exports down more than 12% this year 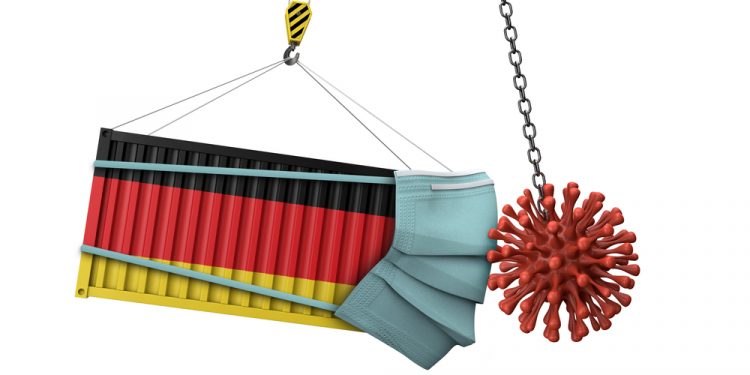 Brussels (Brussels Morning) German exports dropped at least 12% in 2020, mainly because demand for its products in the US and the UK fell away due to the coronavirus pandemic, Reuters reported yesterday.

According to the German Association of Wholesale, Foreign Trade and Services (BGA), exports were saved from a complete catastrophe by the steady demand in Asia and China, which remained stable during most of 2020, in large part because the Chinese economy suffered less from the COVID-19 crisis.

“The COVID-19 pandemic has pushed us back five years when it comes to trade,” BGA president Anton Boerner.declared. “At the same time, it has catapulted us five years into the future in terms of digitalisation.”

China on track to becoming number one market

Boerner called China and Asia “the only bright spots” in this year’s export results, pointing out how their importance had grown during the pandemic. He cautioned, however, that it remains to be seen just how a Beijing-backed agreement among 15 Asia-Pacific economies to form a free trade bloc would change demand for European goods in years to come.

Current estimates put China on track to overtake France and the United States and become the number one destination for German exports in total value by the end of this year.

Boerner thought it unlikely that German exports would hit pre-crisis levels before 2022, despite an anticipated growth of up to 13% next year. Return to pre-crisis levels could occur by the first or second quarter of 2022.