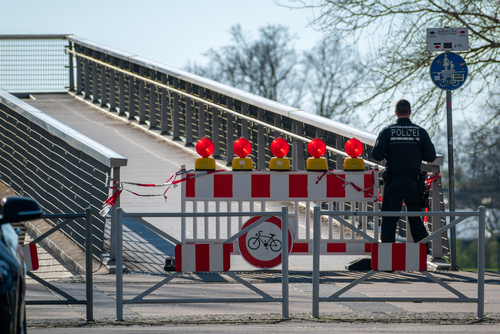 Berlin (Brussels Morning) The German overall public budget deficit reached 189.2 billion euro in 2020 – the first recorded deficit since 2013, and the largest recorded since reunification in 1990, the German statistics office Destatis reported on Wednesday.

According to Destatis, the budget deficit is “clearly the consequence of the corona crisis for the public budgets”. The figure represents the combined budget deficits from the federal budget, individual states and municipalities.

In 2019, Germany’s overall public budget still operated at a surplus, recording 45.2 billion more in revenues than in spending. In 2020, public spending grew 12.1% to 1.7 trillion euro, as the government poured cash into an economy strangled by lockdown. At the same time, tax revenues dropped 3.5%, to 1.5 trillion euro.

The government provided subsidies to companies hit by the lockdowns, financed job retention and even bailed out the national flag carrier Lufthansa, spending close to 9 billion euro to keep the struggling airline afloat.

The government’s spending spree is unlikely to abate soon. Finance Minister Olaf Scholz promised last month to do whatever was necessary in order for Germany to spend its way out of a coronavirus-induced economic decline.

Despite still struggling with the third wave of the coronavirus pandemic, the number of workers on shortened working hours declined last month, as German industry has been ramping up, registering a record surge since the start of the year, the outcome of robust exports.

Destatis previously estimated that the coronavirus pandemic wiped out some 5% of the German GDP in 2020, a finding that surprised most analysts since they had expected significantly worse results. Increased government spending likely prevented the worst possible scenarios during the resulting crisis, and enabled Germany to fare much better than comparable economies during the 2020.

Coupled with growing industry and a marked increase in citizens’ savings, Germany is reckoned to have the potential for a significant economic rebound once consumers return to spending after the brunt of the coronavirus pandemic is over.