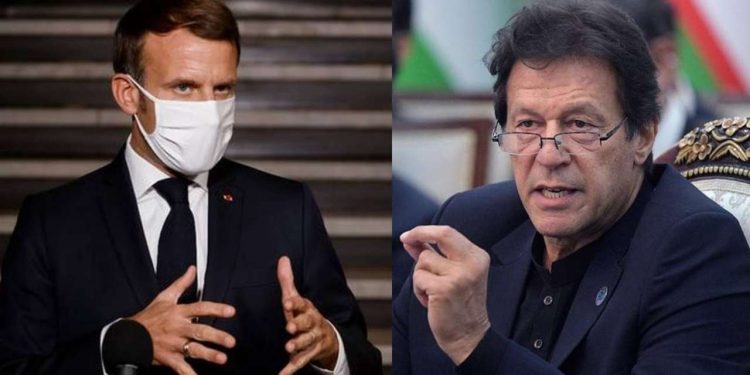 Khan claimed Macron had encouraged the display of blasphemous cartoons that targeted Islam and Muhammad.

Pakistan’s PM criticised Macron for his failure to reach out and show compassion or understanding of France’s Moslem communities, claiming that his harsh reaction to extremist crimes was causing division and marginalization, which could only result in greater radicalisation. In a letter to Facebook CEO Mark Zuckerberg, Khan cited France’s decision to allow the publication of blasphemous cartoons as an example of Islamophobia and he called on Facebook to ban Islamophobic content.

Turkey’s President Recep Erdoğan criticised France and Europe in general on Saturday, for what he saw as rising Islamophobia, expressing belief that Macron needs mental treatment. In response, France announced the withdrawal of its envoy to Ankara, stressing that Erdoğan’s comment was unacceptable.

Islamabad summoned France’s Ambassador to Pakistan Marc Baréty on Monday, following Khan’s claims that Macron had attacked Islam, Reuters reports. Pakistan’s Ministry of Foreign Affairs pointed out that the government condemns the “systematic Islamophobic campaign under the garb of freedom of expression.”

Kuwait’s non-governmental Union of Consumer Co-operatives Societies, comprising more than 70 companies, decided to boycott French products over the display of cartoons, Reuters reported on Sunday. Union head Fahd Al-Kishti noted that French products had been removed as a response to the insults.

The French Ministry of Europe and Foreign Affairs noted that calls for boycotts of French products have sprung up in several Middle Eastern countries, as have calls for demonstrations over the cartoons. The Ministry insisted the moves are baseless and said they were being being pushed by a radical minority.

On Sunday, Kuwait’s Foreign Minister Ahmad Nasser Mohammad Al-Sabah, told the French Ambassador to Kuwait Marie Masdupuy that the beheading of French teacher Samuel Paty ten days ago was a horrendous crime. However, he asserted that Islam must not be insulted cautioned that that such moves only serve to enflame hatred and racism.

On Sunday, Macron reaffirmed France’s dedication to reasonable debate and respect for all differences in a spirit of peace, but concluded with a warning that France would never give in to attacks against freedom of expression.