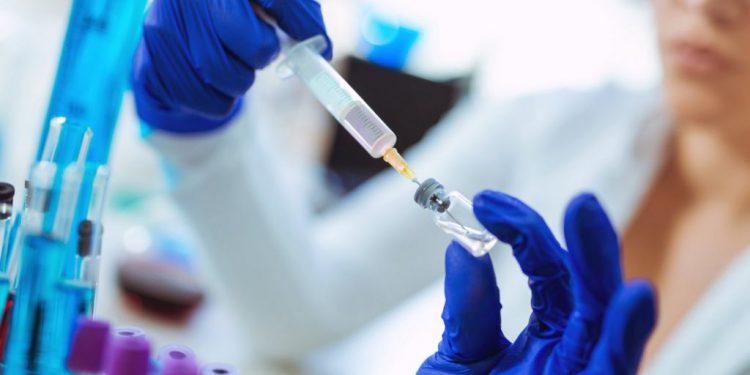 The company manufacturing the Oxford University coronavirus vaccine has said it is not in talks with the Trump administration about fast-tracking its vaccine for emergency use ahead of November’s presidential elections.

With both Russia and China pressing ahead with inoculations involving experimental vaccines yet to pass final efficacy and safety trials, the Trump administration has become increasingly frustrated with the Food and Drug Administration (FDA), which the president has tried to suggest is slowing approval of a vaccine for “political reasons”.

In a statement released following a report in the Financial Times, the pharmaceutical giant AstraZeneca insisted it had “not discussed emergency use authorisation with the US government and it would be premature to speculate on that possibility”.

It added that “late stage phase 2/3 trials for [the vaccine] are ongoing in the UK and other markets globally, and we do not anticipate efficacy results until later this year”. The team at Oxford University developing the vaccine directed queries to AstraZeneca.

The report claimed Trump officials were anxious to authorise the vaccine for use ahead of the US presidential elections in November.

According to the FT report, one option being explored by the Trump administration would involve the FDA awarding “emergency use authorisation” for the vaccine in October on the basis of the relatively small UK study.

US government licensing rules usually require studies on up to 30,000 people, three times the scale of the UK testing already under way.

According to the report, the White House chief of staff, Mark Meadows, and Steven Mnuchin, the Treasury secretary, told top Democrats that the administration was considering fast-tracking a vaccine – potentially the AstraZeneca one – according to a person briefed on a 30 July meeting the pair held with Nancy Pelosi, the Democratic speaker of the House of Representatives.

Any emergency approval, however, would face considerable hurdles, not least the already flagged up threat of resignations of FDA leaders, including Peter Marks, the director of the agency’s Center for Biologics Evaluation and Research – responsible for assessing the vaccines – who has publicly warned he would quit if pressured to approve a vaccine before testing is complete.

“I could not stand by and see something that was unsafe or ineffective that was being put through,” Marks told Reuters earlier this week.

“You have to decide where your red line is, and that’s my red line. I would feel obligated [to resign] because in doing so, I would indicate to the American public that there’s something wrong.”

Speculation about the Trump administration fast-tracking a vaccine follows numerous other interventions by Donald Trump and his top officials that have either been unhelpful or run into the sand.

It comes, however, amid a reported desire by Trump to be able to make an announcement of some kind ahead of the election after he has been widely criticised for his chaotic handling of the coronavirus crisis.

Trump has made no secret of his frustration with the FDA, tweeting a conspiracy theory suggesting the agency was slowing the approval of vaccines and therapies to hurt his chances of re-election.

“The deep state, or whoever, over at the FDA is making it very difficult for drug companies to get people in order to test the vaccines and therapeutics. Obviously, they are hoping to delay the answer until after 3 November. Must focus on speed, and saving lives!”

Ahead of the reports about fast-tracking a vaccine, on Sunday Trump announced emergency authorisation of convalescent plasma, a method which has been used to treat flu and measles, for Covid-19 patients, despite concerns that the treatment had yet to be shown to be sufficiently effective.

The latest moves come in the midst of an increasingly chaotic and often unethical race between the regimes in Moscow, Beijing and Washington to begin mass vaccinations.

In Russia authorities approved the new Sputnik V vaccine after limited testing while China has begun offering one of its vaccine candidates to frontline workers, according to a report in the Global Times.

According to the report, citing anonymous sources, some medical workers at hospitals in Shanghai have been offered the vaccine.

The increasingly haphazard race to be the first to approve a vaccine has been met with criticism by experts who fear that an ineffective, dangerous or improperly tested vaccine may undermine public confidence in vaccines in the midst of a pandemic.

“It should be incredibly disturbing to the global medical community to see any potential attempts by any politicians, whether in Russia, the USA or elsewhere, to seek to manipulate, short-circuit or exert influence in any way over the agreed scientific protocols that are in place to carefully evaluate comparative safety, immunogenicity and efficacy of vaccines,” said Danny Altmann, a professor of immunology at Imperial College London.

“In decades to come, we won’t remember which politician polled a few more or less votes, but we really won’t forget any failed opportunities to put in place the safest, most effective possible global programmes to eradicate this pandemic.”