Oxford COVID-19 vaccine may go before regulators this year 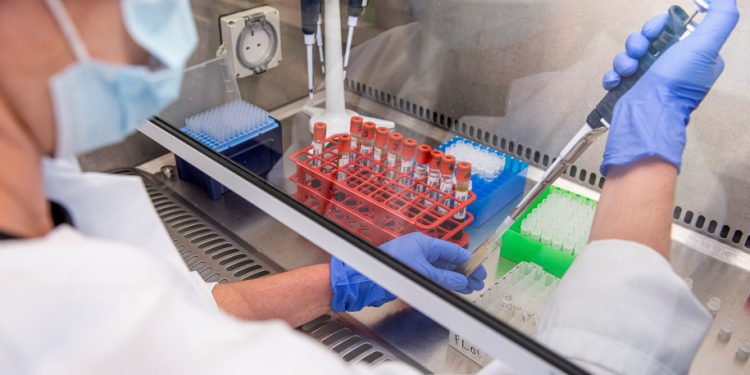 Clinical trials for the Oxford coronavirus vaccine may provide enough safety and efficacy data for it to be given to regulators this year – but a scientist leading the trials insists that corners cannot be cut to speed up emergency use approval, according to reports.

Prof. Andrew Pollard, director of the Oxford Vaccine Group, told BBC Radio 4 that they have to first “demonstrate a vaccine works and is safe, and then to go through the processes of regulators looking at that very carefully to make sure everything’s been done correctly.

“But it is also just possible that if the cases accrue rapidly in the clinical trials that we could have that data to put before regulators this year, and then there would be a process that they go through in order to make a full assessment of the data,” he said, according to Yahoo News.

The UK’s chief medical officer, Prof. Chris Whitty, has said a vaccine may not be ready until next winter, according to Yahoo News.

“I think that Chris Whitty is quite rightly being cautious, that it could take as long as that to first of all demonstrate a vaccine works and is safe,” Pollard said.

Asked about a timeframe, he said: “That depends very much on the number of cases that occur in the weeks and months ahead.

“Even with 1,000 people eventually you’ll have enough information to know whether or not a vaccine works, but that could take years,” Pollard said.

“So, having 20,000 people in our trials already means that that period of time will be shorter, but unfortunately I can’t quite predict the future about how many cases are going to occur,” he said.

Pollard’s comments come as the Trump administration is weighing a fast-track process that would allow AstraZeneca’s coronavirus vaccine to be used in the US before November’s presidential election, according to a new report.

One plan under consideration would see the Food and Drug Administration issue an “emergency use authorization” for the British drugmaker’s vaccine candidate in October, the Financial Times reported Sunday, citing three people briefed on the plan.

AstraZeneca’s vaccine, developed with the University of Oxford, is one of six candidates Team Trump is supporting through Operation Warp Speed — its initiative to deliver a safe and effective COVID-19 inoculation by early next year.

The authorization, known as an EUA, would be based on forthcoming results from a study involving 10,000 people in the UK — even though federal agencies have said a study of 30,000 people would be needed to win such an approval.

Pollard said he hoped that 50,000 people would be involved in the clinical trial for the Oxford vaccine candidate, Yahoo News reported.

He stressed, however, that the size of the trial “isn’t really the issue.”

“What you need is to have enough cases accruing during the time of observation in the trials,” Pollard said. “The size of the trial is critical, first of all for safety – so you want to have good evidence that, after a large number of people have been vaccinated, you’ve got good evidence or safety around the vaccine.

“And, secondly, you want to be able to show whether the vaccine works, and the size of the trial actually is determined largely by what the attack rate of the disease is in the study population,” he continued.

“And so, if you’ve got a very, very rare disease, you need an enormous trial size, in order to be able to show whether the vaccine works. But in a situation like that at the moment coronavirus, depending on which region or country you are in, the size of the trial could be smaller or bigger just depending on how many cases are happening in that community at the time.”

Pollard added: “There are a number of trials that we’re running from Oxford here in the UK, in Brazil, and also in South Africa, and the combined size of those three trials together is around about 20,000 people, and AstraZeneca are moving forwards in their trials in the US, hoping to start enrolling 30,000 people.

“So within the trials of the vaccine that was developed here at Oxford University, we’d expect to have perhaps 50,000 or more people in the trials in total,” he said.

Responding to reports the US is planning an EUA for the Oxford vaccine, Pollard said: “Emergency use authorizations are well established by regulators both in the United States and in Europe.

“In fact, you may be aware just this week, the FDA has granted emergency use authorization for plasma therapy.”