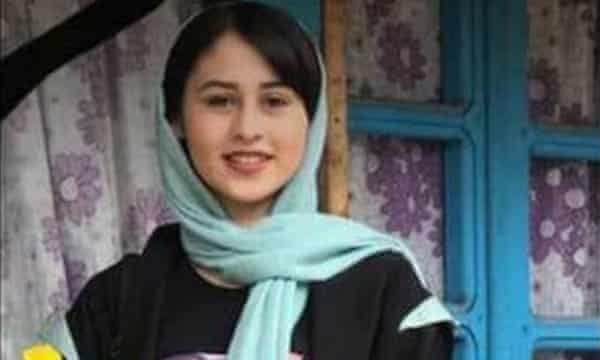 An Iranian man who beheaded his 14-year-old daughter has been sentenced to only nine years in jail, in a case that has sparked outrage at the way Iranian law appears to enshrine supposed male rights over women’s lives.

Rana Dashti, the mother of 14-year-old Romina Ashrafi, expressed fury at the lenient sentence in an interview with the Iranian Labor news agency (Ilna) on Friday and said the court’s ruling had “caused fear and panic for me and my family”.

Romina was murdered by her father after she ran off with a man aged 28. Dashti said she would appeal against the decision, and that after 15 years she had no interest in continuing to live with her husband.

She added she was worried about the lives of her only son and other relations. “I no longer want my husband to return to the village,” she told the news agency

The case has sparked controversy in Iran about the frequency of so-called “honour” killings, the rights of children, and gender bias in Iranian courts. Efforts to tighten the law to protect children have previously fallen foul of Iran’s Guardian Council, which ruled that parliament’s plans were un-Islamic.

Critics say parts of the Iranian penal code are predicated on the assumption that men are entitled to discipline women and girls if they do not conform to the social roles attributed to them.

Romina had pleaded with the judiciary not to return her to her father since she feared he might attack her, but her request was ignored.

The father – who in Iran is considered the “guardian” of his daughter – had filed a complaint, and the girl, once summoned by the police, had begged the judge not to send her home because she knew her father would try to kill her.

According to an interview following the girl’s death, it emerged that the father had repeatedly asked his wife to make Romina kill herself for having dishonoured the family.

She was murdered with a scythe on 21 May after the father said he felt ashamed that she had run away without his permission.

The security forces also arrested Bahman Khawri, the 28-year-old man, who was sentenced by the court to two years in prison. He claimed the girl’s father had refused to marry her because of his Sunni faith.

In response to a question about the age difference between them, Khawri told local media she had asked him to take her away from her father. “The girl loved me and took refuge with me after her father used to beat her severely every day, affected by his excessive drug addiction, and she asked me to save her from daily torture by marrying her,” he said.

The sentencing has caused outrage on Iranian social media because it is claimed that in more rural communities such “honour” killings are frequent, and they are implicitly endorsed by the Iranian state.

The nine-year sentence contrasts with lengthy jail penalties imposed on women who protest over laws requiring the wearing of the hijab.

In some Iranian provinces, as many as 20% of murders are classified as “honour” killings.

The case comes as an Iranian #MeToo movement has started, with women on Twitter revealing details of cases where they feel they have been pressured into having sex with men in authority.

Although women make up more than 50% of university students, and they are becoming more involved in the political process and decision-making, there continue to be obstacles to finding well-paid work. Women make up only 19% of Iran’s workforce.