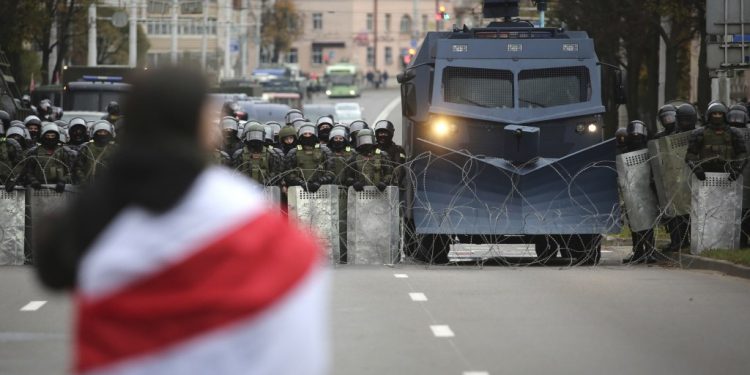 Brussels (Brussels Morning) The Organisation for Security and Co-operation in Europe (OSCE) report released yesterday, Thursday condemned rights abuses and torture in Belarus while calling for new presidential election, RFI reports. The first major independent report on the Belarusian election and the subsequent crackdown on protests warns that human rights abuses are widespread, systematic and proven beyond doubt.

The report notes that election results should be annulled as irregularities were evident at all stages of a process from which Belarusian President Alexander Lukashenko claimed victory. Tens of thousands of protesters have been holding weekly protests in the months following the August election, decrying fraud. Despite continuing protests and international pressure, Lukashenko is refusing to step down and transfer power to opposition politician Sviatlana Tsikhanouskaya, who was forced to seek refuge in neighbouring Lithuania.

Belarus should organise new presidential elections in line with international standards, the OSCE report notes. It asserts that the August election was neither free nor fair. Nor was it transparent. The report, produced at the request of 17 countries, including France, the UK and the US, is based on 700 submissions of evidence. It was discussed at the OSCE Permanent Council meeting on Thursday. The rapporteur responsible for drawing up the report was unable to travel to Belarus since the authorities there refused to cooperate in the investigation.

According to the report, some 1,500 people were arrested before the election and another 10,000-plus in the crackdown on peaceful protests that followed. Total arrests reportedly have now reached some 13,000. One example cited in the report concerns an unnamed couple who went searching for their son at a police station only to be detained and beaten. The report also claims that women have been tortured by beatings and by threats of sexual violence.

UK Secretary of State for Foreign, Commonwealth and Development Affairs Dominic Raab stated that the UK supports the call for new elections and that the report’s findings are an indictment of Lukashenko’s regime. US Ambassador to the OSCE James Gilmore expressed shock that Belarusian authorities would treat the Belarusian people in such a manner, condemning the lawlessness and brutality that is occurring with impunity.

After meeting with Austrian Prime Minister Sebastian Kurz in Vienna on Thursday, Belarusian opposition leader Tsikhanouskaya said they had discussed options for a peaceful resolution to the political and economic crisis in Belarus as well as Austria’s potential role in the process.

Diplomats condemned reports of arbitrary detentions and torture at the UN meeting on Monday, calling on Belarus authorities to end the crackdown on demonstrators.