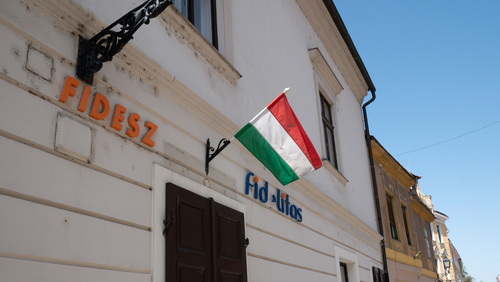 Brussels (Brussels Morning) Hungary’s Prime Minister Viktor Orbán has formally withdrawn his right-wing Fidesz party from membership of the transnational European People’s Party (EPP), finalising the divorce that was many years in the making, AP reports.

Party’s vice president Katalin Novák shared on her Twitter profile a letter sent by the Fidesz International Secretariat to the Secretary-General of EPP, Antonio López-Istúriz White. In it, Fidez informs the EPP Presidency that it “no longer wishes to maintain its membership”. Novák wrote in her tweet – ”It’s time to say goodbye”.

EPP President Donald Tusk immediately responded with a tweet of his own: “Fidesz has left Christian Democracy …In truth, it left many years ago”. The final divorce comes as a mere formality, as it was clear that Orbán had decided to cut his ties with the EPP when his party’s MEPs left the group’s caucus at the beginning of this month.

Fidesz had already been suspended from full membership in the EPP since 2018, after demonising the EPP’s then-president of the European Commission, Jean-Claude Juncker, in its election campaign billboards in Hungary. Suspension meant that Fidesz was stopped from having any further say within the pan-European party and no longer participated in party events, despite remaining a member on paper.

With the EPP caucus voting on new internal regulations which would enable it to expel a group of MEPs representing a particular national party, Orbán promptly had his MEPs resign from the caucus, determined not to give the EPP a chance to expel them.

For years, Fidesz had been a thorn in the side of EPP, as Orbán’s increasing authoritarian and anti-democratic policies drew criticism from other transnational parties in the European Parliament. Yet, the EPP remained surprisingly tolerant of Fidesz and its leader, given that they could rely on them to provide ten or more MEPs to their numbers in each EP election.