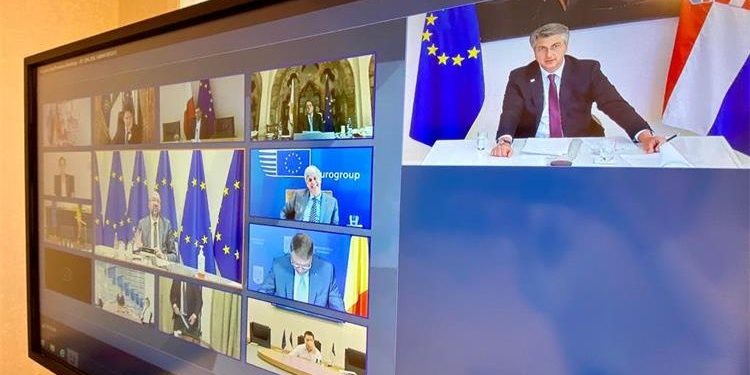 Brussels (Brussels Morning) The impasse of negotiations on the future EU-UK relationship will be a topic at the summit of EU Heads of State and Government on Thursday.

The European Parliament is concerned that negotiations are running out of time; the new trade deal will have to be approved by Parliament after first scrutinising every detail, which hardly will be possibly in the time remaining before year’s end.

In Thursday’s online meeting EU leaders will again revert to how to better coordinate the EU’s response to the corona pandemic. Travel advisories should be coordinated across EU borders, as well as testing and quarantine measures which now differ from country to country.

Today, Monday, the Parliament’s Environment and Public Health Committee will question Health Commissioner Stella Kyriakides on the measures for a so-called health union that she presented last week.

Still to come is the Pharmaceutical Strategy, which is scheduled for publication on 30 November. So far, the EU does not have a big role in healthcare, so any new provisions must be limited to give national governments their prerogative on dealing with public health. MEPs want the EU to be able to declare EU health emergencies as soon as they occur.

Also today, the European Parliament will take a critical look at its own carbon footprint. The aim is for carbon neutrality, but from an environmental perspective, Parliament’s two seat arrangement with monthly session in Strasbourg, including travel for thousands of people and material to France, is a contentious issue.

Now a new study by the Parliament’s policy department will kick off the debate anew ahead of next week’s plenary, which will be conducted remotely and partly from Brussels, as the pandemic has put a temporary stop to the commute to Strasbourg.

On Wednesday, the Commission will publish its views on the state of public finances in most EU countries. For this year, there is a so-called escape clause which allows countries to divert from the rules on budget deficits in the Stability and Growth Pact, but depending on the economic outlook, that clause might have to be continued, something that MEPs representing a more hawkish view on fiscal policy would be reluctant to do.

On Thursday, the Economic and Monetary Affairs Committee will hold a Monetary Dialogue with the President of the European Central Bank, Christine Lagarde. The economic recovery from the pandemic will top the agenda.

Also, later in the week, the European Parliament’s Foreign Affairs Committee Members will discuss the situation in Serbia and Montenegro with the Commissioner for Neighbourhood and Enlargement, Olivér Várhelyi.

The proposal for a new law to delete terrorist content from the internet will be discussed Thursday in the European Parliament. As it stands, the proposal would require the removal of terrorist online propaganda within one hour, but the provisions are controversial with regard to restrictions on  freedom of expression.