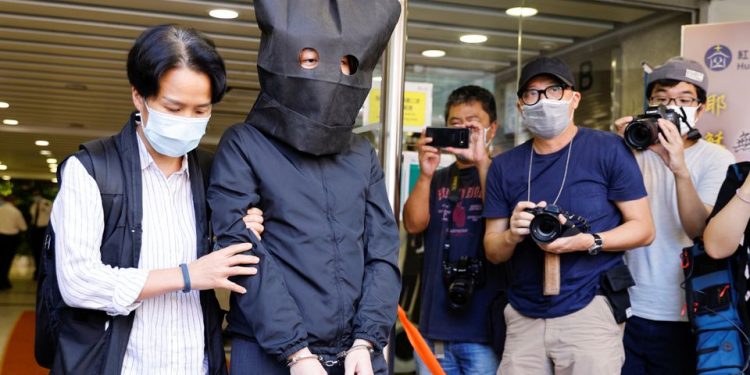 Brussels (Brussels Morning) Authorities in Hong Kong have cracked down on five children’s book authors and publishers, claiming that their books are turning the city’s children against its government.

Five people arrested on Thursday face sedition charges under the city’s controversial National Security Law. Three are members of a speech therapists’ union, which produces books for children. According to officials, the five arrested – two men and three women – are aged between 25 and 28.

The police acted against the books’ authors claiming that the works in question contain information which “turns children’s minds and moral standards against the society”. The prosecutors claim that at least three of the books, stories about wolves and sheep, are allegories depicting the Chinese authorities as dirty wolves and the city’s residents as clean sheep.

In one of the books, the wolves aim to occupy the village where the sheep live, but the sheep turn them back with their horns. In another, 12 sheep are taken from their homes to the village of the wolves, where they are to be cooked. Reportedly the police believe the story alludes to the 12 Hong Kong residents captured by Chinese authorities in August last year. The third book involves wolves sneaking into the sheep’s village through a hole.

The latest arrests took place only a day after the police apprehended Lam Man-chung, the former executive editor of the now-defunct pro-democracy tabloid Apple Daily, on charges of colluding with foreign forces. Lam and three other former journalists were denied bail on Thursday, with the court claiming there was insufficient evidence to show that the defendants would not “commit further acts endangering national security”.

Human rights watchdogs and activists are increasingly warning that the National Security Law is brutally stifling independent and critical voices in the former British colony. Amnesty International published a damning report last month, arguing that the new law had decimated citizen freedoms since coming into force a year ago.