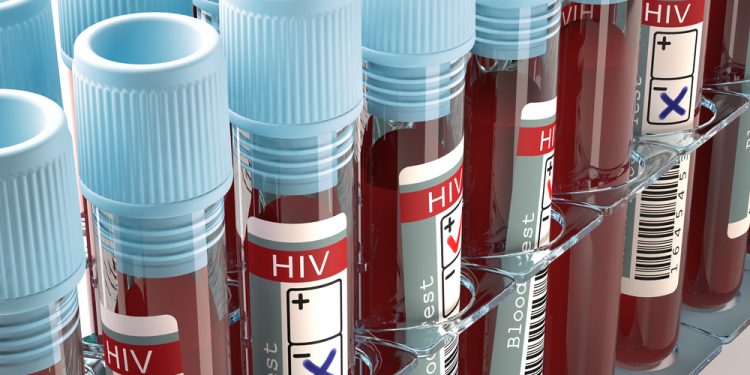 Image concept with the result of the HIV test.

The event’s focus will be on HIV patients’ experience with mental health issues and the measures that could help counter this public health concern.

In 2019, more than 136,000 people were diagnosed with HIV in Europe, according to the European Centre for Disease Prevention and Control (ECDC).

“HIV has slipped down the list of EU health policy priorities in recent years and efforts are needed to address the current reality: people with HIV are living long and active lives, but this has brought new challenges which must be reflected in European and national policies,” reported HIV Outcomes last week, following an event at the European Parliament.

During the meeting, there was consensus that European policy makers could play an active role in improving the lives of people living with HIV.

Their action could help address stigma and discrimination, support research on health outcomes and quality of life, shifting focus towards long-term well-being.

Recently, the UN department working on AIDS and HIV, UNAIDS, released a report with revamped HIV targets for 2025, hoping to curb the viral disease by 2030. However, ultimately, decisions on targets are down to individual EU countries.

The “90-90-90 targets [previous UNAIDS targets] have been achieved in some countries while others failed badly, the same will happen to the new targets if countries fail to address the social and legal determinants behind their HIV epidemics”, Ferenc Bagyinszky, from AIDS Action Europe told Brussels Morning.

Tackling HIV/AIDS by the root

The NGO AIDS Action also looked at the Sub-Saharan Africa region, describing that great “progress has been made in the last 10 years”, yet without addressing the critical situation of young women, including rights to education, work, housing and gender equality, “there is still a lot to be done and without these advancements, there will not be an end to AIDS regardless of the targets set”.

The NGO AIDS Action Europe considered that the EU as a region has been doing a lot of progress and “have reached or very close to reaching the 2020 targets”. However, when looking at data by member states, “the picture is not that good”, Ferenc Bagyinszky said.

Recent developments in some of member states, namely Poland or Hungary, present a source of great concern.

“States intervening in sexual and reproductive rights of women or normalising hate speech towards the LGBT community create a social and legal environment that makes HIV-prevention, testing, treatment and care services more difficult to reach for those in need”, warned AIDS Action Europe.

The NGO urged the EU to step up efforts to address the ongoing difficulties in the neighboring Eastern Europe and Central Asia region “which currently has one of the worst epidemics in the world”.