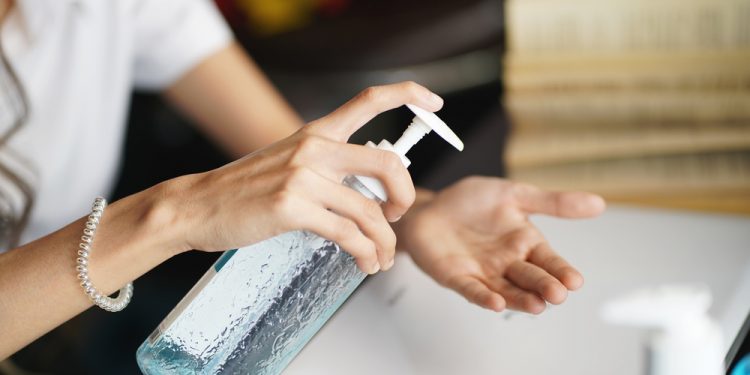 Brussels (Brussels Morning) The drastically increased use of hand sanitizer due to the corona crisis has led to sub-standard products appearing on the market containing methanol instead of ethyl alcohol.

Almost 140,000 litres of hand sanitizer have been seized so far within the EU. The hand sanitiser in question originated from Turkey and contained dangerously high levels of methanol. Used by consumers, hand sanitizer contaminated with methanol can cause headaches, blurred vision, nausea and vomiting, loss of coordination, and a decreased level of consciousness.

Used in schools and among children, there is the added risk of children ingesting it which could have dire consequences should the product contain methanol instead of ethanol. Methanol has a direct toxic effect on the optic nerve. Ingestion can lead to blindness.

The European Anti-Fraud Office (OLAF) has warned of sub-standard hand sanitizer containing methanol entering the market and has cited instances of shipments being seized both in Denmark and Ireland. One manufacturer in particular has been under investigation for delivering the methanol-tainted sanitizer under different company names, all originating in Turkey. So far, almost 140,000 litres of hand sanitizer have been seized, but investigations are still on-going.

”Since the onset of the pandemic, OLAF has been active in fighting illicit material related to COVID-19 such as counterfeit and substandard face masks, rapid tests, hand sanitizers,” OLAF Director-General Ville Itälä said in Brussels on Tuesday. ”These products should protect people, not harm them. OLAF investigations have detected over 900 companies involved so far, and the list is growing,” he warned.

Shipments to Ireland were halted in September after being singled out as suspicious cargo. It transpired that several consignments of hand sanitizer already in storage contained unacceptably high levels of methanol. Health authorities in many EU countries had ordered hand sanitizers from the same Turkish manufacturer that delivered the sub-standard product under various brand names.